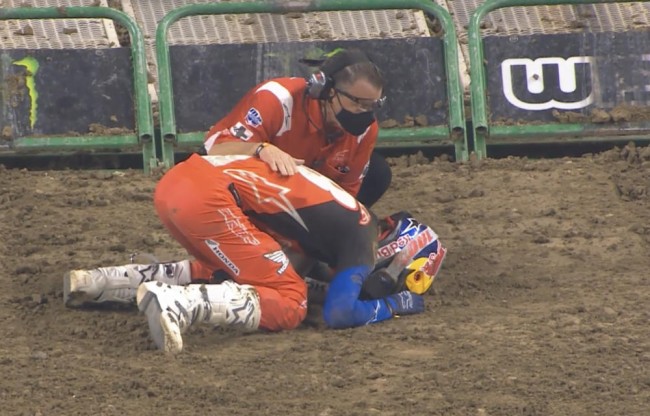 After a crash in practice Jett Lawrence took yet another hard hit in his heat race. The Aussie had a decent start but got caught behind another rider’s crash forcing Lawrence to come through the field until he landed on a tuff block and went over the bars and onto his head for the second time in one painful day!

Lawrence was sore and frustrated, taking a while to get back to his feet but did ride and win the the LCQ despite a sore right shoulder to get into the main event. However, despite going down to take his gate for the main, Jett ultimately was forced to sit out the race with the pain proving too much and all but ending his 250 supercross title ambitions for 2021.

You can see the crash he originally had in practice below: