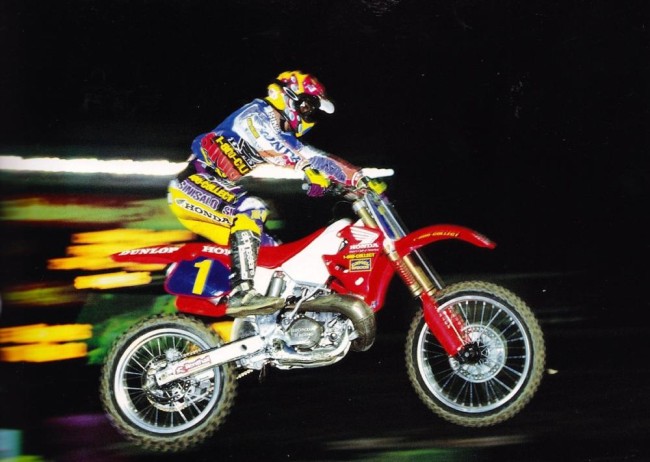 Josh Mosiman catches up with the king of supercross, Jeremy McGrath, in an excellent interview to talk about his views on the current season and his career.

And McGrath names Zach Osborne as the guy who impresses him the most at the moment, saying: “The path that he chose to get where he is at has been so unique and he has really made something out of it. has anyone ever come from the GPs and came over here, an American guy, come back here and made that work out? He has done a really good job.

On what made him successful and what he could have done better an honest McGrath said: “I think one of the main things for me was not accepting losing. It was weird, I was a talented kid, I did just enough to figure out how I could get to supercross because I know I would be good at supercross, that’s where I really wanted to go – that’s where my heart was set. I didn’t really focus on the things in between to get there until later.

I was a lazy kid by nature. I had a lot of talent but I didn’t really nurture that, I didn’t put the effort in. My dad told me to do it and I did it halfway but it takes some backlash, some loss or certain things to understand you need to work for this stuff. My dad never gave up on me though, he kept kicking me in the ass and kept pushing and finally when I was 25 years old I figured out what he was talking about!

“I wish I was more determined,” he admitted. “It took me two or three years maybe into my pro career to even learn how to ride outdoors! I was always looking for the smooth line, supercross only, that’s all I ever cared about and it wasn’t until later, until people go, ‘you are never going to be regarded as one of the greatest riders ever if you don’t figure out how to win at the nationals.’ I was like ‘ I don’t really care about that, I’m just going to kill it at supercross,’ but eventually it got to me and I eventually put my head down, committed myself to it and figure it out. If I had to teach a lesson to myself it would have been to commit myself a little bit earlier. I put in the work, I wanted everyone to think I wasn’t working but I also made it know I was out there playing too, and I liked it.”

McGrath says he still loves the sport because he never burnt himself out: “When I retired I didn’t want to resent my motorcycle, I still have the same little kid feelings when I saw my dirt bike, that’s how I feel now.”

Make sure to watch the fascinating full MXA chat with McGrath on why he was so good at supercross, the 90s era and lifestyle, his favourite bike and team, why the aluminium frame drove him away from Honda, Carmichael coming in and trying to match his work ethic, the ill-fated KTM days, being mad at Yamaha and more: