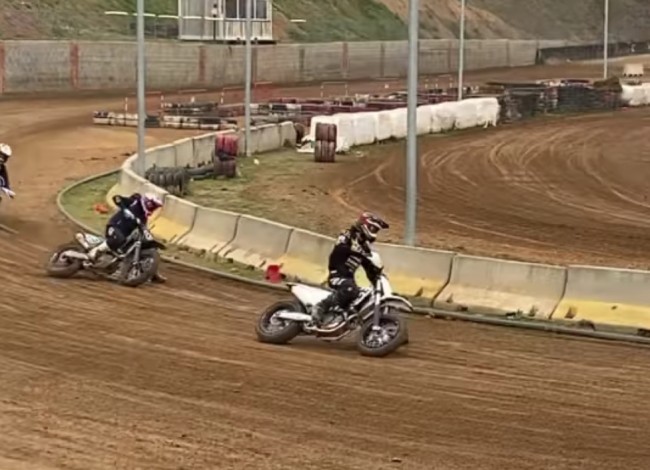 Aussie Jed Beaton with the help of his MotoGP countryman, Jack Millar, has recently done some dirt track riding – and it looks great fun! It also looks a great way to develop throttle control on slick motocross tracks.

See the factory Husqvarna rider, who will be looking to go for an MX2 world championship this season, in action below:

Beaton and Miller have been riding recently on the motocross track too and Millar looks pretty skilled on the dirt as well as the tarmac.

But it’s no surprise when Miller revealed recently on Gypsy tales that he loves motocross and even MotoGP can’t give the same feeling as being lined up behind the gate at a motocross event. He also building a supercross track, complete with lights and nearly entered a supercross in Australia!

You can see Millar in action on the dirt with Toby Price below: