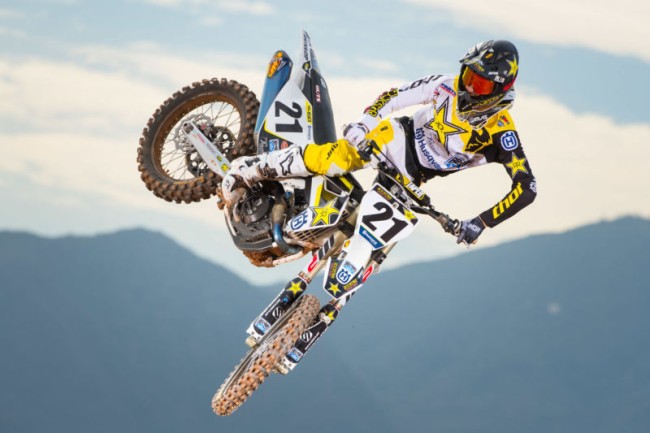 Jason Anderson has looked very fast in the first two rounds of the year, but he hasn’t got the starts to try and go with Ken Roczen yet. Can the aggressive American run with the German? It should be pretty entertaining watching him try, Anderson is one of those riders that gives his all and isn’t afraid to ride the edge, he wants to win badly!

Anderson said after San Diego: “I had to come through the pack again tonight,” said Anderson. “I got fourth, but I’ll be better next weekend. The track was kind of sketchy, but I’m pumped with how I rode. I just want to be up in the front.”

Enjoy a glimpse into Jason Anderson’s life while preparing for the 2017 Supercross series in Clermont, Florida here: