Video: Dungey on his Daytona win 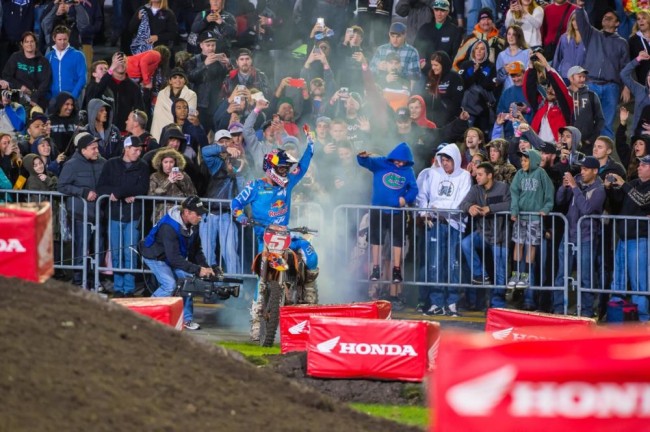 Ryan Dungey has spoken about his win at the historic Daytona circuit in 2015 on his RD coffee Instagram channel and discuses what it takes to win at the most unique supercross of the season.

“There is a lot of prep work that goes into that race both preparing yourself physically to go the distance, mentally preparing yourself to dig deep physically to go the distance as well,” explained Dungey. “We do a lot of testing going into that race, taking the edge off the suspension a little bit just going a tad softer so it can absorb that roughness, and it’s a fine line.

“In 2015 we were able to make that dream happen, it was a huge goal of mine to win Daytona and thankfully we were able to do that. There was so much that went into that race, it just made it truly special. And also what Daytona is known for, Daytona is one of the toughest, most gruelling races of the season and to be able to put your name in the record books and to go down in history as you were a guy that wins that race, it just was a huge honour.”