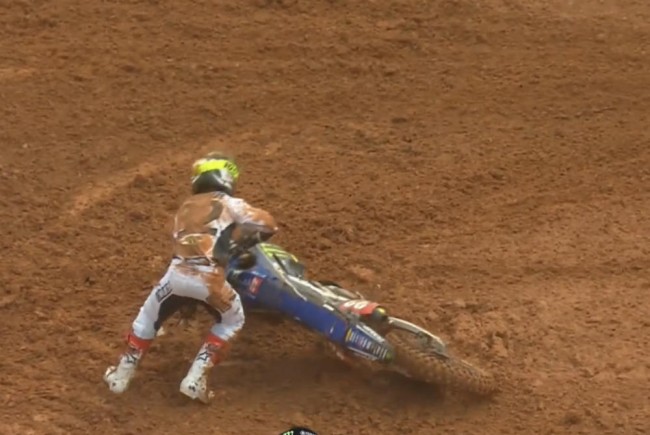 The top two in the 250 West championship got off to a shaky start with Justin Cooper going down hard in the heat race but clawing his way back to second behind rookie Seth Hammaker who also tipped over himself!

Cameron McAdoo then threw it away going for the lead against rival Hunter Lawrence in heat two, leaving him to come home fourth. The track is still pretty slick thanks to the afternoon rain and it is making things tricky especially combined with riders only getting ten minutes on the track earlier – and that was in the dry! Lawrence, who took the heat win, said his GP experience in wet conditions helped him adjust to the circuit.