Video: Chisholm talks setting up the Suzuki for Roczen 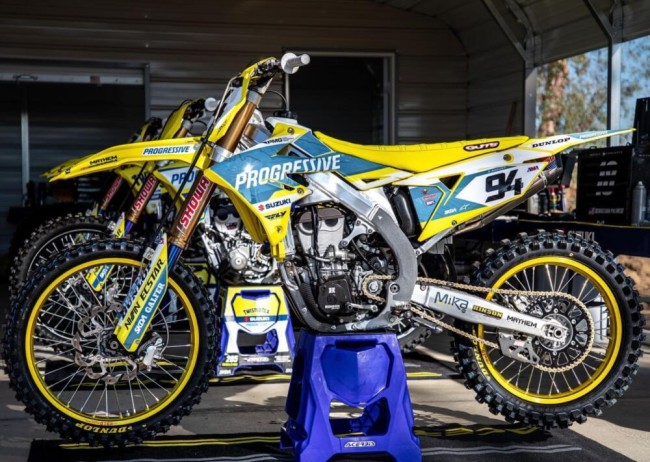 New HEP Suzuki rider, Kyle Chisholm, says he spent three days setting up the Suzuki before Ken Roczen tested it with the German then telling him how impressed he was with the bike! It’s no wonder then that Kyle is part of the testing and development for the HEP Suzuki team this season as well as being a racer.

Chisholm said: “He calls me the first day and says, ‘this thing is amazing, way better than I expected, this really changes my plans.”

Roczen has since signed for Suzuki and is currently getting some late testing in before A1 but Chisholm also said: “To this day I think it is just a suspension change he has done. He likes the bike, looks really good on it.”

Get the full interview below with Darkside at Vital MX. The section about testing the Suzuki ahead of Roczen riding it is 12 minutes in, Kyle also talks about finding a base setting for Eli’s 2023 Yamaha 21 minutes in: