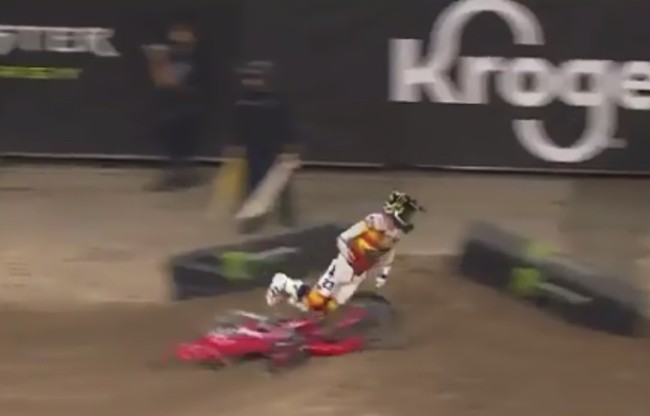 Chase Sexton was out to prove a point in Houston at round two as he shot into the lead and was going for the win until the enthusiasm caught up with the rookie in the sand he went down hard and left the track holding his wrist!