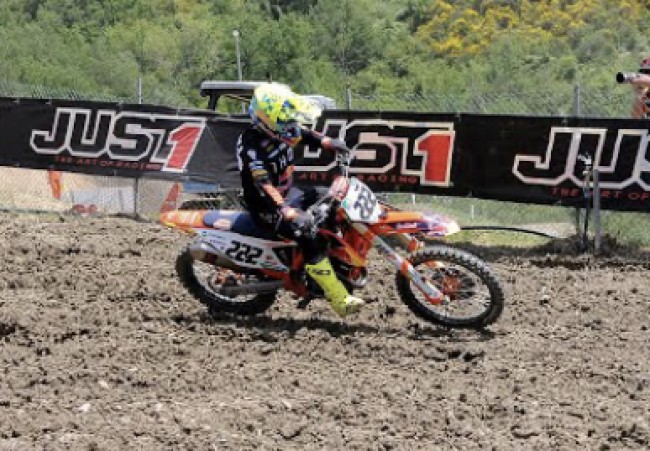 See Tony Cairoli’s first race of the year as he battle his close friend, Alessandro Lupino, on a wonderful old-school undulating hard-pack circuit in Cavallara, Italy as former world champ, David Philippaerts, puts in a brilliant ride through the field. The circuit would be a great track for a classic Italian GP!

The nine-time world champ, Cairoli, however didn’t race the second moto due to a cut on his hand sustained at home. Cairoli said: “It was useful to ride today and make a race start and I felt good on the bike but the cut I have on my hand was not so good after the first moto. So, we made the decision not to enter the second race to make sure it heals well and fast for Russia, which of course is our priority. Anyway, Cavallara was good. The surface is similar to Russia so it was good preparation.”