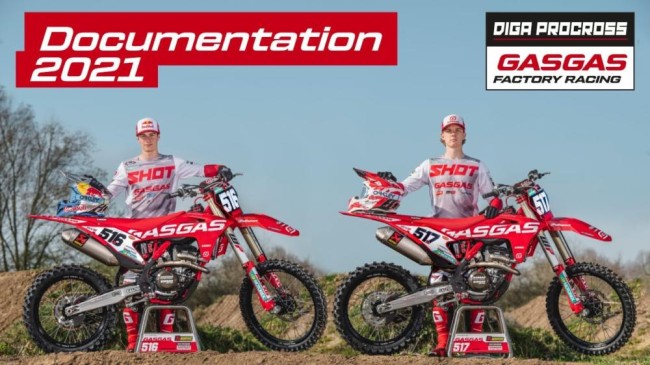 A look behind the scenes of the DIGA Procross GASGAS Factory Racing Team.

How did it all start and where does the passion come from?
How has DIGA Procross developed over the last few years?
Where DIGA Procross stands today?
What are the future plans for DIGA Procross?

Interviews, insights and impressions of the daily work with team owner & team manager Justin Amian, the athletes Simon Längenfelder and Isak Gifting and all team members.

DIGA Procross was founded in 2011 by Justin Amian because of his passion for the sport of motocross. Following 10 years of hard work and dedication to competing at the highest level, the DIGA Procross team now officially represents GASGAS Motorcycles in the MX2 World Championship.

DIGA Procross is a pure motocross racing team run for the love, and the passion for the sport with a committed group of personnel supporting the team’s riders. We bring together talented people who live and breathe for motocross, through the good times, as well as the bad.

Both riders are highly-capable of securing podium finishes for the team, and themselves in 2021 and this is what motivates the entire team in these challenging times.

The 2021 FIM Motocross World Championship consists of 19 events, in 16 countries, held on three continents over the course of six months.