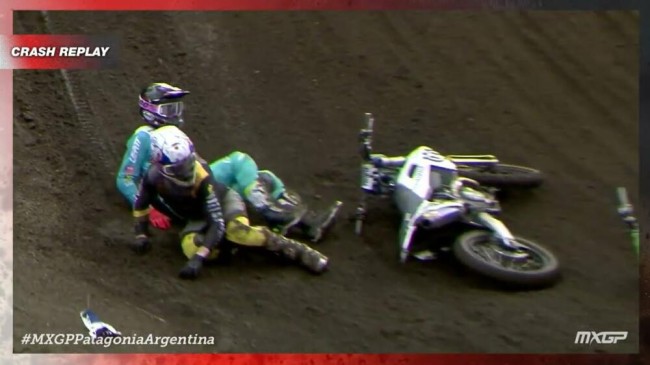 Whilst Brian Bogers teammate, Pauls Jonass might have won the MXGP qualifying race in Argentina things didn’t go according to plan for the Dutch rider. He collided together with Jed Beaton which saw them both go down, you can see the incident below:

The Standing Construct Husqvarna team have already provided an update on Bogers and the result of his injury is a dislocated shoulder.

“Dislocated shoulder for Brian Bogers. Thanks to the medical unit MXGP of Argentina for the good care”, the team stated on social media.

It’s a real shame for the Dutch rider as he came into the third round sitting a strong fifth in the MXGP World Championship but hopefully he can make a quick recovery.

Podium man in Mantova, Andrea Adamo, also had a hard crash in the MX2 moto as you can see below: