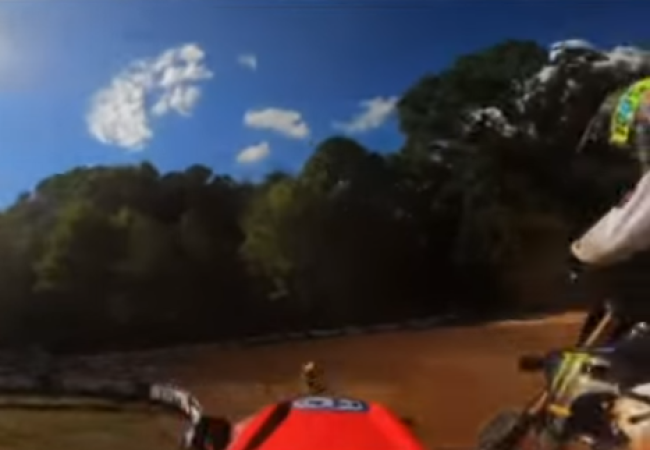 See the move that left Dylan Ferrandis on the deck courtesy of Justin Barcia and saw Barcia get disqualified for the move!

Ferrandis put a strong move on Barcia, before Barcia cut a corner to give him some payback but was it bad enough to get disqualified?

A fuming Ferrandis said: “Budds Creek moto two I got a T-bone by Barcia, pretty normal from him, but this time he went off the track in the previous corner where I passed him, gained time off track and went straight into me and made me crash. At this point I don’t really care about that but I just wonder how can his Team, sponsor, family, friends, trainer, fan… can support that?

“Yeah, he got disqualified but he will do it again next weekend and every other races and nothing will change… No sportsmanship and bad image for our sport. Very sore today, I hope I can make it to next race at 100%.”

See the incident below:

Justin Barcia puts up the GoPro footage from his incident with Ferrandis. No doubt DF took his line, but what do you think about JB’s line from off the course to outside exit of the corner? Fair play? pic.twitter.com/BJZsxKalyj