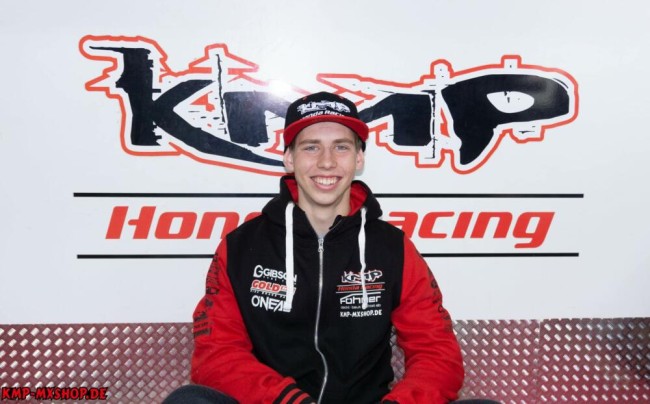 Young Dane, Victor Kleemann signed with the KMP Honda team coming into the 2022 season but has now announced he’s parted ways with the team in what was a tough decision to make.

The good news for Kleemann is he has secured another ride with the HPM Racing team which will see him race a KTM in the remaining rounds of the ADAC Youngsters Cup and EMX250 series.

“This has been a tough decision to make. I have had a great time with the team KMP HONDA RACING and they have helped me a lot so far but we decided it would be best to part ways for the rest of the season. I thank the team boss and staff the mechanics and the sponsors for their help so far but now it is time to move on to the next chapter. I will be riding the reminder of the EMX250 and ADAC MX Masters onboard a KTM 250 for HPM RACING. Big thanks to HPM RACING for helping me out with bike and equipment and FXR Moto Europe for the gear”, Kleemann stated on social media.