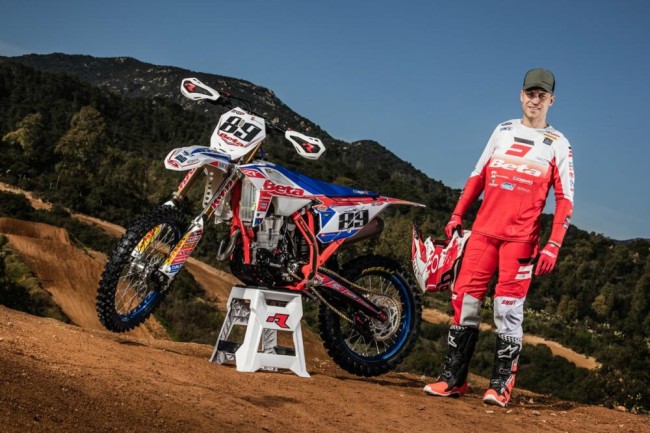 Things didn’t look too good for Jeremy Van Horebeek during the French GP but the Belgian MXoN team have posted a positive update. Van Horebeek will be fit to race the Motocross Des Nations at RedBud in September which will be his final race as a professional.

It’ll be a nice way for Van Horebeek to bow out of racing at the highest level and he’ll hope to help Belgium to a good result alongside Jago Geerts and Liam Everts.

“Today team manager, Johan Boonen, spoke with Jeremy Van Horebeek and he can confirm that ‘the Jerre’ will definitely race the Motocross of Nations on September 24 and 25. After an extensive examination the medical condition of the Beta Factory rider turned out to be not too bad. No fractures were found. A nerve was slightly pinched in the shoulder but this injury will not stop him to shine a last time in the most important motocross event in the world”, the Belgian MXoN team stated on social media.