Valentin Guillod discusses his improvement in 2022 – back working with Demaria 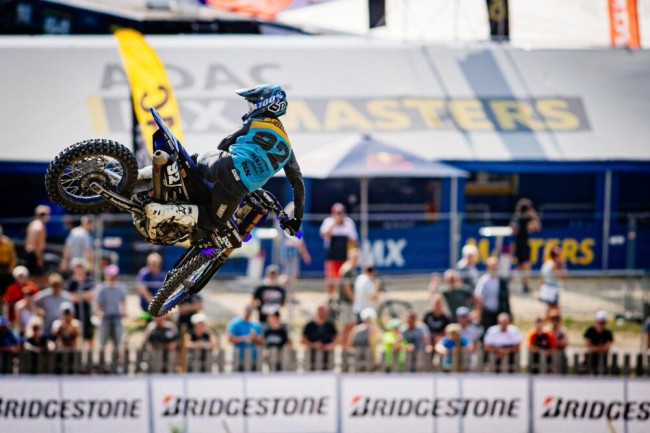 Valentin Guillod might not have raced that many Grand Prix’s this year but at the rounds he has contested he has impressed. The Swiss talent was very impressive at the last MXGP race he did in Sweden and for the 2023 season he wants to be back in the paddock full time.

Dailymotocross.fr caught up with Guillod to discuss his season so far and more.

On the start of the 2021 season joining IXS Hostettler Yamaha…

It’s clear. It was a bad season, I did not manage to perform apart from the Swiss championship where I won the two titles in the two categories.

In fact, whether it was last year or the last 5 years, I was doing my best, what I thought was good for me in practice, on the bike, and then it didn’t work for me. This is why I contacted Yves (Demaria) again in December 2021. I told him “Yves, it is with you that I signed the best results of my career, I have 4 or 5 years left before hanging up, I don’t want to have any regrets, will you train me for 2022?”.

Yves thought about it, he called me back, and he told me to come down south to discuss all this around a table. It was December 21. Yves told me “On January 3, we attack” .

From now on, I no longer live in Switzerland but in the south of France with Yves; I’m in my thing and I invest myself thoroughly. The reality is that I don’t think about a lot of things, Yves organizes and tells me “we’re going cycling at 9 am, for 3 hours”, and so I do without asking myself any questions. I follow a program, and I give it my all.

Before – for the last 5 years – I was managing my program on my own, thinking about everything I had to do, wondering what training I was going to do, where I was going to ride, if I was going to ride my bike road or mountain bike, and I lost a lot of physical and mental energy just to organize myself.

On his impressive ride in Sweden…

I found myself 5th behind Gajser, I didn’t ride very well because I was tense, a lot of things were going on in my head. Jorge Prado then passes me and I stay in his wheel, I was happy but three laps from the end, Romain attacked me and I had to put it back on.

On the last lap, I was a little too confident and Romain overtook me before the pit, and there [laughs]… I said to myself “Yves will smash me if I get passed on the last lap ” and then saw that it was Romain and that we are two great friends, I said to myself that I could not let him overtake me like that a few corners from the end. I did a good outside, but I put on too much gas before the small right turn. I hit a hole, and left the track before hitting the billboard. If this sign was not there, I only lost one place but there, I was stuck, I had to break the sign with my fists to tear it off and I lost another 2 places.

In the end, I got a little yelled at by Yves at the finish, though [laughs]. On paper, 9th wasn’t amazing but I have no regrets because I showed that after 30 minutes and 2 laps I’m still capable of attacking a guy who has a factory motorcycle, which riders for a team which invests a million, whereas I am with my small private structure, and that I have a small budget. I show that I am hungry and that I want to return to the front.

My goal would be to return to 100% in the Grand Prix’s next year. There’s going to be quite a bit of discussion; I am at the end of my contract with Hostettler Yamaha. Either I have a good team that believes in me to sign me and make me evolve in MXGP or I will see to start again on a similar program with Hosttetler Yamaha, concentrating more on the German, French and Swiss championships. We’ll see by then.

You can read the full interview on Dailymotocross.fr.