Update on Regan Duffy after being placed in an induced coma 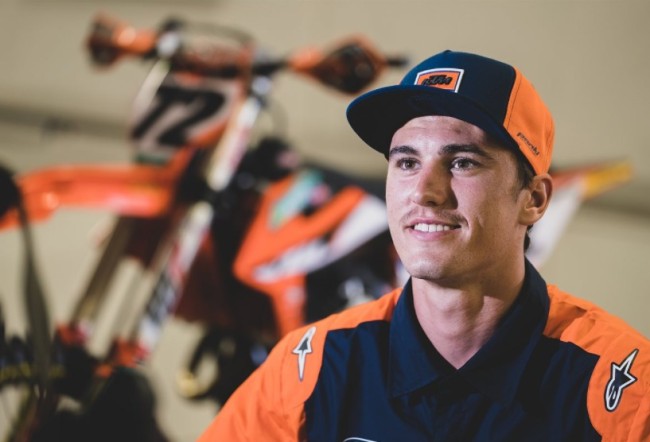 While competing in round six of the Western Australian State Motocross Championship held at the Shrubland MX Park – Bunbury Motorcycle Club, KTM Racing Team’s Regan Duffy was involved in a significant incident, where he was impacted by multiple bikes, during the first lap of the opening MX1 race.

Regan was treated by medical staff at the track before being airlifted to a local hospital where he was placed in an induced coma to stabilise his condition. He was then transferred by air to a hospital in Perth, where on arrival, Regan underwent major surgery.

Due to the serious nature of his injuries, Regan remains in a coma in a critical but stable condition and is receiving ongoing specialist care.

KTM would like to thank all the medical staff that have assisted Regan and the specialist care that they continue to provide. We would also like to thank the numerous well-wishers from within the motocross industry and the wider motorcycling community.

KTM Group, the KTM Racing Team and its supporters send positive thoughts and well wishes to Regan and the Duffy family during this challenging time.

Kyle Blunden (KTM Group Australia Motorsport Manager): “Regan’s an extremely tough athlete with a strong head on his shoulders and a physically fit and able body underneath it. His injuries are very significant and he has a long road ahead of him. Regan has some of the best medical practitioners at one of Australia’s best-equipped hospitals, so now we need to give the required time and remain positive. Our thoughts and best wishes are with Regan, his father Darren and the entire Duffy family and friends that are there by his side. Thank you to everyone that has reached out to express their concerns and best wishes.”