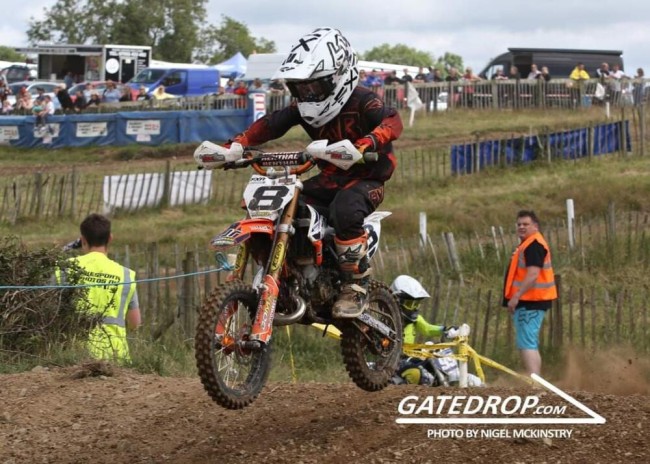 Upon the completion of Round 4 of the Ulster Motocross Championship, six young guns from Ulster prepare to make their way to the mainland to compete in the inaugural British Auto Cup.

Six regions throughout the UK have been running four qualifying rounds, with the top six riders in each region being invited to compete based on their overall score in their respective qualifying region.

For the Northern Ireland zone, Rounds one to four of the MRA Ulster Championship hosted the qualifiers and, at the conclusion of Round 4 (held on the 13th of July at Seaforde, Co. Down), the riders have subsequently been selected.  The qualifying riders (in order of qualification) are: Andrew Anderson, Cole McAuley, Caleb Duffy, Bradley Thompson, Jack Quinn and Mason Shields.

At the time of publishing, we’ve just been informed Caleb Duffy has picked up an injury and Mason Shields cannot make the event due to personal circumstances and therefore will be replaced by Joshua Foster and Evan Oliver who are both riding in good form currently. 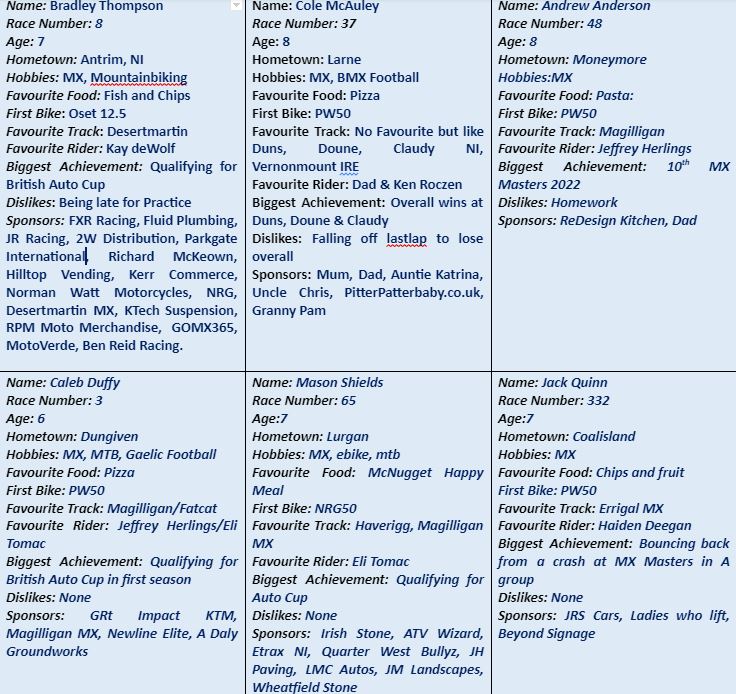 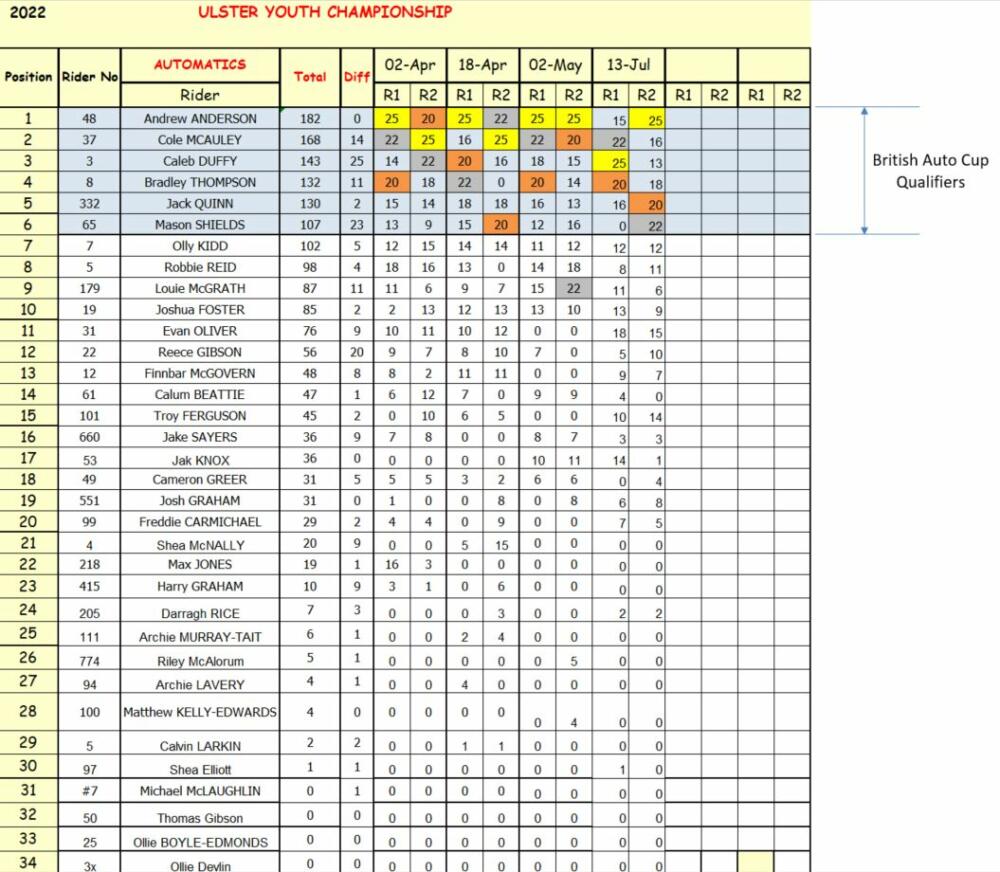 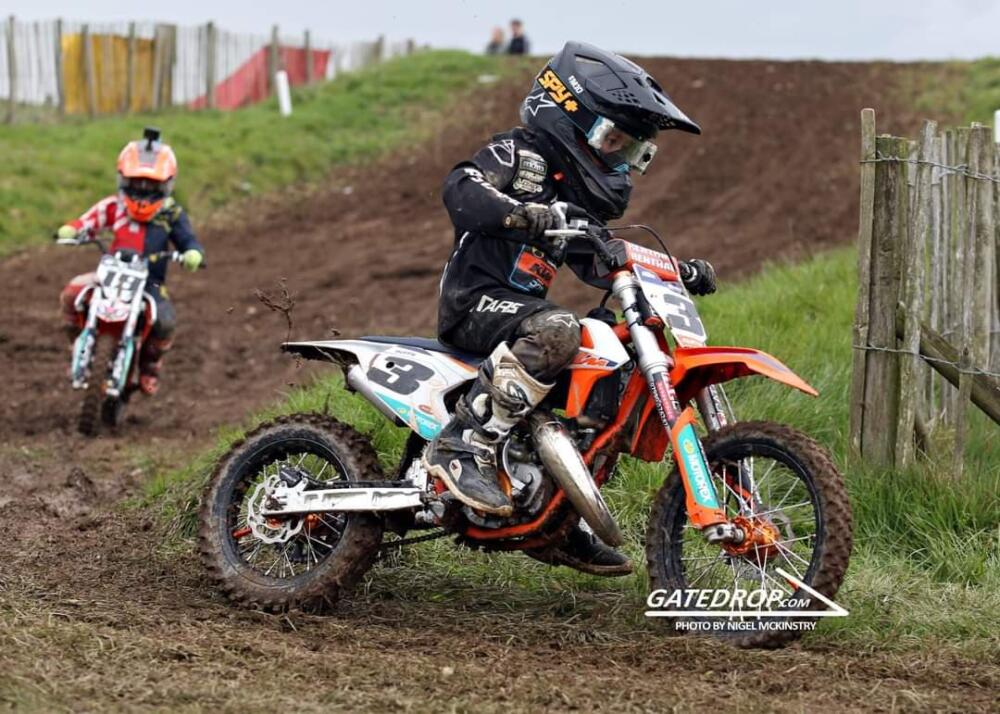 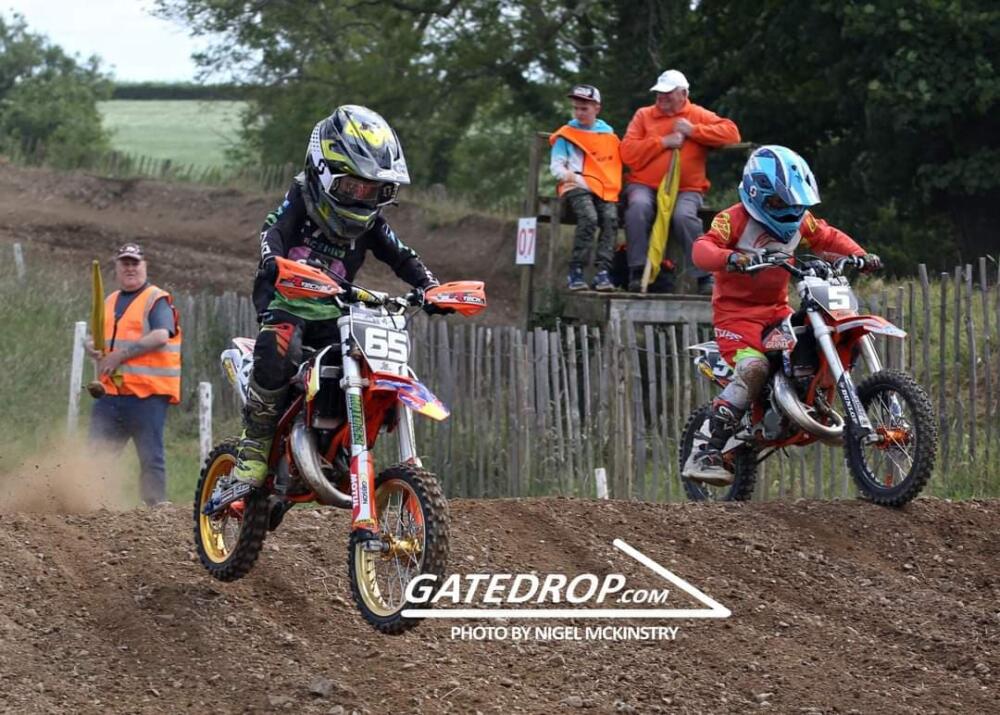 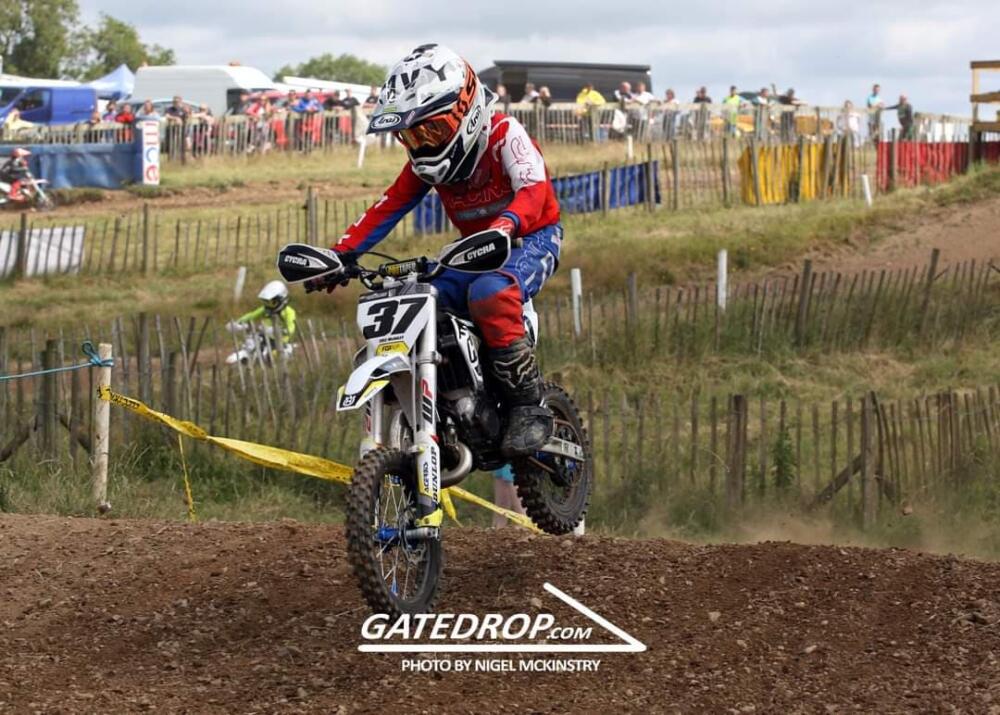 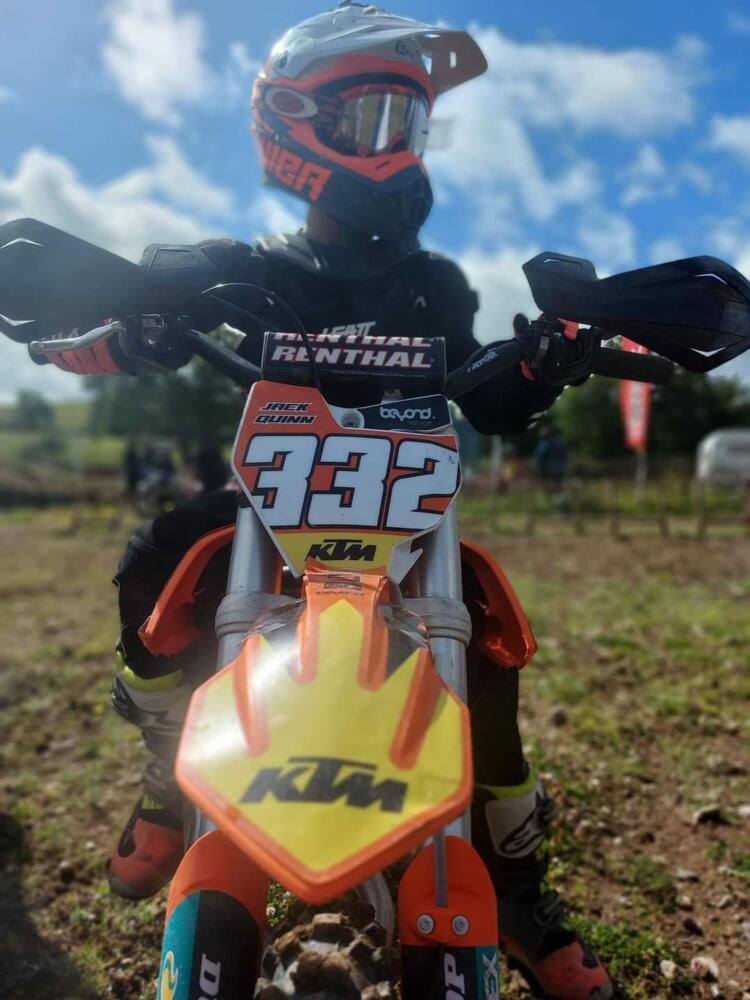 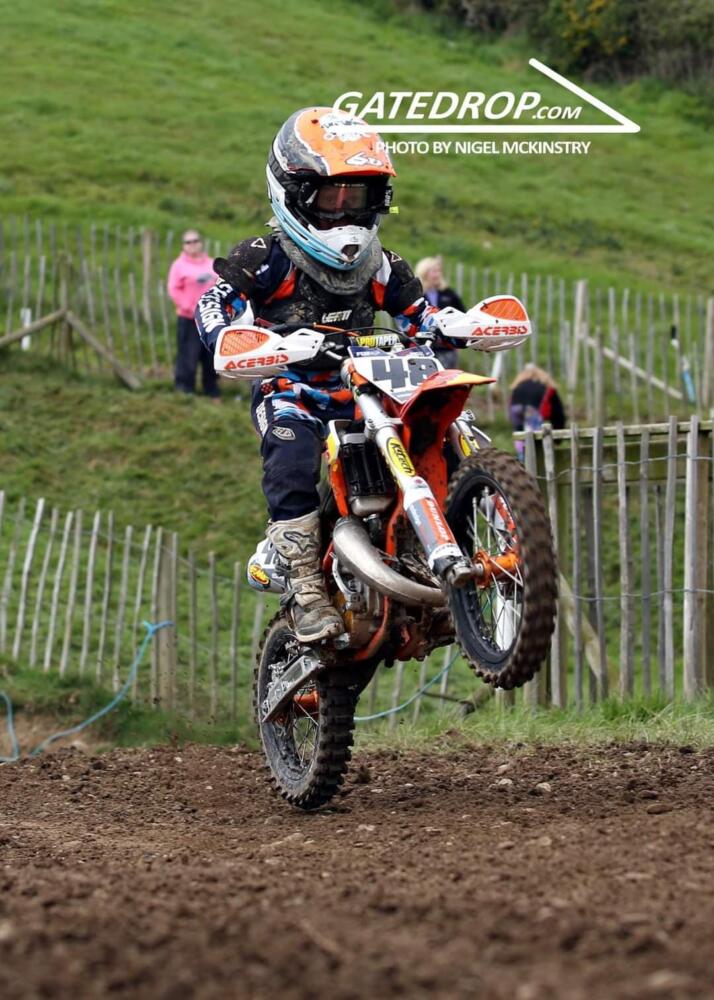