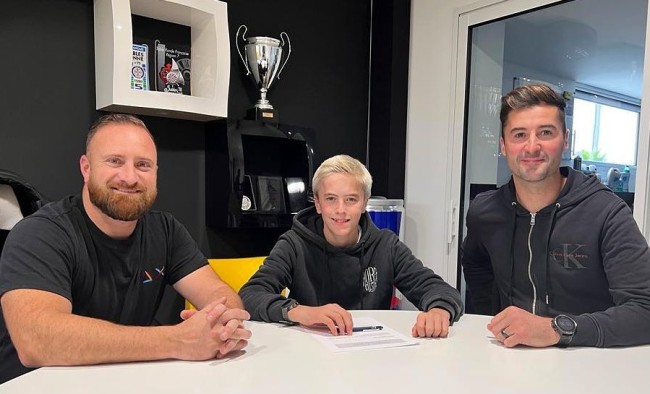 The VRT KTM Junior Racing team have already confirmed Tom Guyon will be racing the MX2 World Championship for the 2022 season and David Braceras will be staying with the team to contest the EMX250 series.

The team have now completed their rider line up by signing young French talent, Tom Brunet who will contest the EMX125 series.

You can read the press release, below:

Since the formation of his team, Mickael Vrignon has always put a point of honor to accompany young French drivers to the highest level. So Tom fits perfectly in this line up since the goal is to follow his ascension in all categories, starting with his first season in the EMX125 Championship.

Team VRT KTM Junior Racing is now complete and the first winter training sessions will begin in the coming weeks.