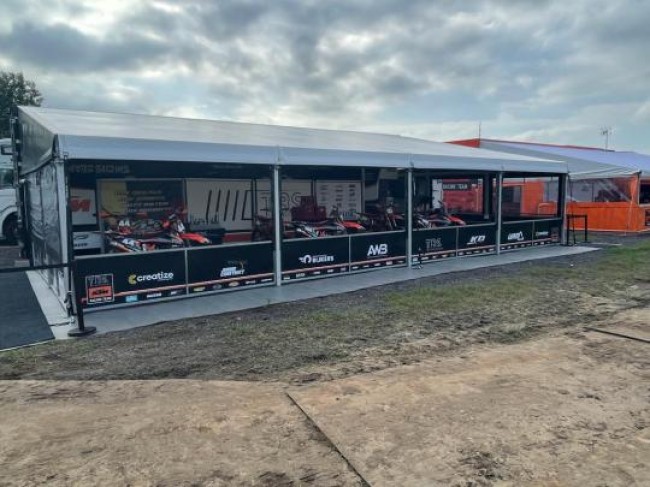 The TBS Conversions KTM team have had some good success in the EMX250 series with the likes of Camden Mc Lellan, Tim Edberg and Rick Elzinga just some of the riders they’ve had under the awning.

The team have decided that sadly they won’t be part of the paddock in the 2023 season as team owner, Tom Steensels will focus on his business during the year ahead.

”While running an EMX250 team, we bought new premises for our company. Within the company we are expanding considerably and the number of employees has also become much larger. Over the years, I’ve found that running an EMX250 team and a growing company are difficult to mix. Often it was necessary to work until the night to get all the work for the company or for the team to ready. The increasing costs of being able to do a team in a good way are also increasing. I want to invest the money that is now being earned in expanding my company and because of that I had to make the difficult decision to stop with the cross team”, Steensels told MX Planet.

It’s a shame that the paddock will lose another strong team but we’d like to wish Steensels all the best for the future – hopefully he can return in the future!