Talking point: The most improved rider of 2021 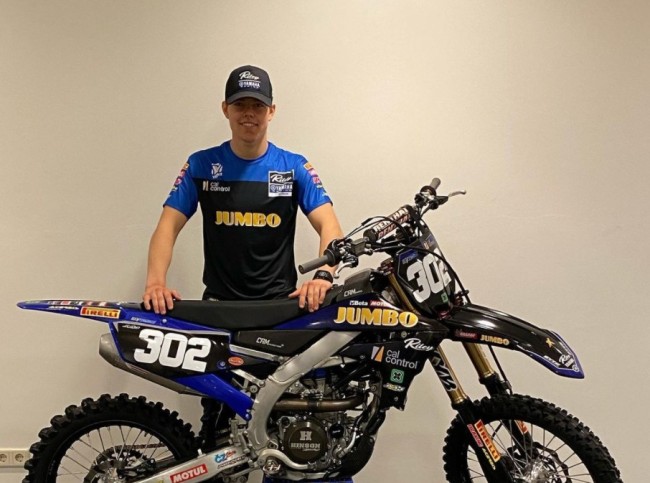 Andy McKinstry: There were plenty of riders that caught the eye this year with their performances and speed. In MXGP, despite losing out on the MXGP title, you could make a case for it being Romain Febvre’s best year in terms of speed and how he looked on the bike despite winning the title back in 2015. Pauls Jonass is another one that really lifted up his game before an end of season injury hurt his championship position.

In MX2, Maxime Renaux – what a year! Since moving up to MX2, this was his first full year as a factory rider and he really stepped up with his riding and moved up a gear totally deserving of his MX2 title. Mattia Guadagnini despite being a rookie experienced what it takes to win at the highest level and finished fourth in the series. Honorable mentions to the likes of Rene Hofer, Kay de Wolf and Ruben Fernandez too who all improved.

However, for the most improved rider of the year I am going to look to the EMX250 series. Coming into the season, Yago Martinez has always had good results in Spain but hadn’t been able to translate that to the European stage. Just before the start of the season he inked a deal with the VRT KTM team and was a big surprise finishing eighth in the series.

I was close to giving this award to Martinez but in the end I’ve decided to give it to Cornelius Tøndel. After a year of racing the EMX Open series and despite showing some good things he didn’t set the world on fire finishing fifth in the championship.

The Norwegian inked a deal with the Riley Yamaha Racing team to focus on the EMX250 series once again in 2021 and he didn’t disappoint. From getting on the podium at round one in Matterley Basin to winning his first overall at Arco di Trento it’s been a superb season. I truly believe Tøndel has improved the most as a rider in the GP paddock this year but it’s often harder to take another step so that’s his next challenge.

It’s thought that Tøndel has secured arguably the best ride in the EMX250 class for the 2022 season so he’ll be looking to win the title but with that brings pressure… we will find out next year if he can handle it and turn himself into a consistent race winner but on 2021 – what a season and an improvement. 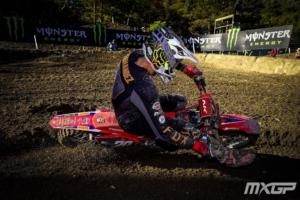 Jonathan McCready: There have been a number of riders who have taken a step forward this year but for me the award goes to Ruben Fernández. The Honda man was always fast but this year, on the 114 Motorsport Honda, the Spaniard went from a top ten level rider to leading the world championship and being a race winning contender!

His improvement this year was astonishing and it wasn’t just one race, he delivered consistently and even after injury, came back to his previous form and was a podium contender again. Then, when he went to MXGP he took another step to put it in the top ten even getting a top 5 in an astonishingly accomplished debut that now sees rumours that he may even go MXGP next season. This has been the breakout year for the Spaniard, he also fears no-one and is exciting to watch. In whatever class he races next year he will give it his all because right now he is in the form of his life.

A few other names I would like to mention include Cornelius Tondel who’s improvement over 12 months to go from EMXOpen to the top of EMX250 has been outstanding. Also Liam Everts became a top EMX250 rider in the space of a few months to do enough to go straight into MX2 next year. In MXGP Pauls Jonass came from off the couch for a year with injury to find the speed to go with the top five and Dylan Wright went from qualifying 31st in his first GP to being a 10-15 place regular.

Rene Hofer also deserves a mention, his improvement over the MX2 season was outstanding and he got his first GP win by the end of the year to put himself into the elite level in the MX2 category heading into 2022. Kay de Wolf developed very fast too (especially on hard pack) to win a GP moto and take seventh overall despite being just 16 for most of the campaign with fellow rookies, Guadagnini and Benistant, impressing as well even if their form was up there from the beginning of year!