Talking Point: Coenen brothers stepping up to the big time 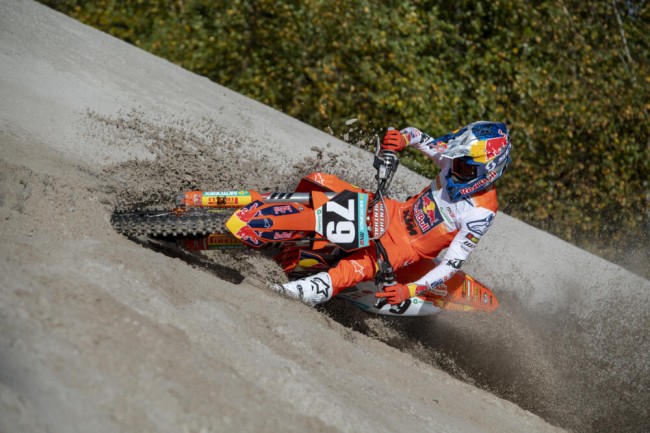 They might just end up being the Belgian version of the Lawrence brothers and the KTM group have shown their belief and trust in the very talented but very different Coenen brothers by giving both factory rides while they are still just 15 years old (they turn 16 this winter).

The duo though couldn’t be more different on the bike. Sacha is a lot smaller and super aggressive, quite how he goes so fast is almost hard to believe given the lack of strength and stature he has compared to his brother and the rest. He was super entertaining to watch last year even if sometimes you had to close your eyes! Sacha has no fear and is reminiscent of a young Ricky Carmichael or Jeffrey Herlings, all action, riding with huge intensity on every inch of the track, very aggressive and desperate to win at all costs. He wants it REALLY badly. He might become the Belgian RC if he can avoid injury like Ricky managed to, despite some big offs.

That is underlined by Joel Smets’ quote in the PR: “It is almost insane how much energy and motivation Sacha has, and, at the moment, he is the smaller of the twins! I don’t think I have ever seen so much determination and dedication for someone who is still so young. He still needs to grow physically and professionally and we need to work on the balance between his desire and his abilities. It will be a big challenge to guide all that energy…but we are really looking forward to it.”

As Joel said, if he can harness that desire and stop the big crashes that his ambition and determination can lend itself too, as well as grow a little more this winter, Sacha will be one of the most exciting riders on the track and could take the MX2 world championship by storm over the next few seasons. He’s special and with Cairoli, Smets, Herlings and Everts around the camp, he has 29 world titles roaming around his pits for advice!

Then there is, Lucas, who is taller and calmer, and once he figures out the class as he has done in EMX125 and EMX250 in consecutive seasons, becomes a winning machine – and it doesn’t take him long to figure things out either! Lucas doesn’t repeat his mistakes very often and I expect him to figure out what it takes to be a top five guy in the world championship at times by the end of the 2023, he is that good.

Husqvarna themselves might have the strongest team they have had for years to challenge for an MX2 world title. Roan Van de Moosdijk has what it takes if he stays away from injury and believes in himself, Kay de Wolf is an exciting generational talent who now has enough experience to be in the hunt week-in, week-out for the podium and a world title title, and now they have Lucas Coenen, another generational talent, who will be riding with these two all winter! As I mentioned before, he is a quick learner and riding with that level of talent is only going to bring him on even faster.

For the Coenen brothers, Red Bull KTM and Factory Husqvarna, this is a super exciting time with both teams bursting with a trio of talented riders all hungry to learn and the Coenen brothers are both in a great spot to maximise their talent. They have all the help they need, let’s see what they can do!

Hear from both brothers when we spoke to them at Lommel this year and see why they might end up doing exactly what the Lawrence brothers have done – by moving Stateside! Go here for Lucas and here for Sacha.