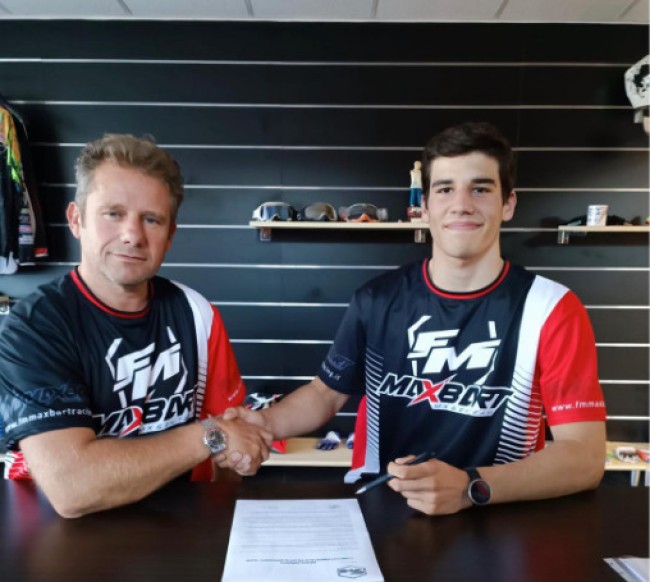 Young Italian, Andrea Rossi has inked a deal with the FmMax Bart KTM Racing team for the 2023 season. The deal will see Rossi make the move from Husqvarna to KTM machinery with the focus being on the EMX250 series as well as the Italian Championship.

The team did a good job developing Lorenzo Ciabatti who has secured a full time MX2 GP ride for 2023 with the SM-Action KTM team and Rossi will be hoping he can improve with the team to be a future GP rider as well.

The FmMax Bart KTM team have also confirmed the signings of Francesco Bassi and Dario Calugi for the 2023 season.

“Great news. Andrea Rossi  signs with FmMax Bart KTM Racing team for the 2023 season. After the victory of the MX2 fast Italian Championship, Rossi has chosen the team led by Max Bartolini to achieve more ambitious goals”, the team stated on social media.