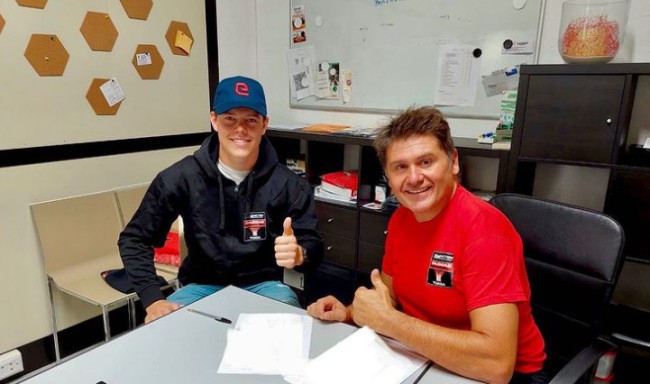 The SM-Action Racing team who have ran Yamaha and more recently GasGas machinery have confirmed they will change brands for the 2023 season. KTM have decided to step in and offer the team support ahead of the season ahead which is great news for the team.

The team have also confirmed the signing of exciting Norwegian talent, Cornelius Tondel who will step up and race the MX2 World Championship in 2023 – it will be his rookie season in the class but he’ll be eager to impress.

“After yesterday’s confirmation for the colour change in 2023 – we can communicate that we have reached an agreement with the strong Norwegian rider Cornelius Tondel and together we will face the MX2 world championship in addition to the Italian internationals and the Italian prestige championship”, the SM-Action KTM team stated.

“Super excited to share that I will be joining SM Action KTM racing Yuasa battery for the 2023 season. As many know I will be competing in the mx2 world championship on a KTM 250 sxf. We will soon start the preparations and testing for next season. I am thankful for this opportunity to take the next step and race the best guys in the world, can’t wait”, Tondel stated on social media.