Sarholz KTM confirm the signing of Henry Jacobi for 2023 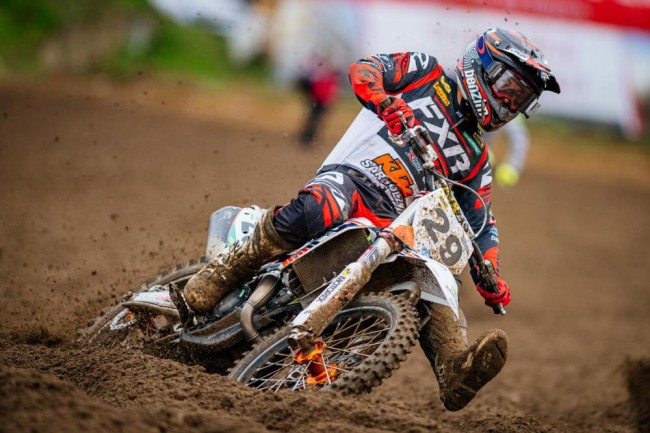 The KTM Sarholz Racing Team brings Henry Jacobi back to Germany. Already this weekend, the 25-year-old rider from Apolda/Thuringia will make his debut on the Sarholz KTM.

The rider and team will use the last race of the ADAC MX Masters season in Fürstlich Drehna as the official start of the cooperation, which will continue throughout 2023.

A highlight for the fans will be seeing Jacobi back riding in home country after several years abroad in Europe. Next year, the 2010 Junior World Champion and 2018 ADAC Sportsman of the Year will not only compete in the GP’s in Central Europe on his Sarholz KTM 450 SX-F, but will also tackle the entire ADAC MX Masters season for the well known team from Niederroßbach.

In recent years, Jacobi has made a name for himself in the premier class of the World Championship. Not only known for his outstanding starts, Jacobi is also a top ten candidate in the MXGP and was able to show his potential on the biggest stage.

The entire KTM Sarholz Racing team is looking forward to the return of the Thüringian rider.

“The whole team is looking forward to working with Henry. Together we want to fight for the title at the ADAC MX Masters and present ourselves as best as possible at selected GP’s. We hope that many fans will find their way to the track and continue to support our sport with enthusiasm and euphoria. We’re excited to have Henry back in the ADAC MX Masters series. “, Andre Sarholz is happy about the new addition.

“I’m happy to finally be able to race regularly again in Germany. I’m highly motivated and super happy to be back on the road on the KTM. A big thank you to the team and all the sponsors who give me this opportunity ”, the 25-year-old said.