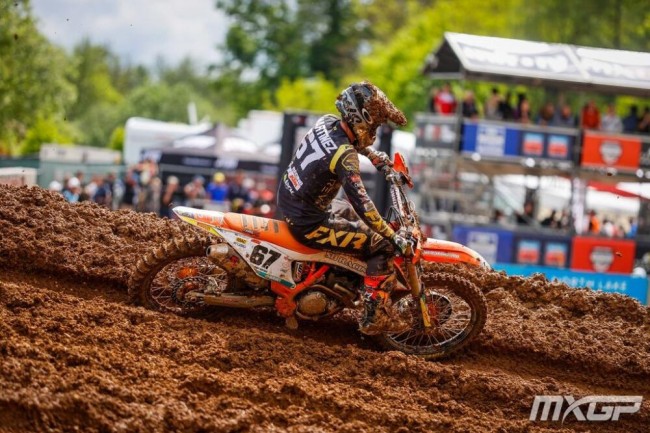 Infront Moto Racing have implemented an U21 age rule in the EMX250 championship for the 2023 season and while it doesn’t impact that many riders that contested the series in 2022, one rider it does have an impact on is Yago Martinez.

The young Spaniard has been on the look out for an MX2 World Championship ride as he ages out of the EMX250 series for 2023 and we believe he has inked a deal with Italian based team, Racestore KTM.

Martinez is one rider with plenty of potential as he showed in 2021 he can run right at the front of the EMX250 series as he was under the VRT KTM awning. The start of the 2022 season didn’t start as Martinez would have wanted racing a two-stroke with the Ghidinelli Fantic Racing team but he did part ways with the team before joining SB KTM which saw him back towards the front of the EMX250 series.

The Racestore KTM team have worked with the likes of Morgan Lesiardo, Jan Pancar in the past and more recently Samuel Nilsson but will be hoping Martinez can provide the team with top ten results.