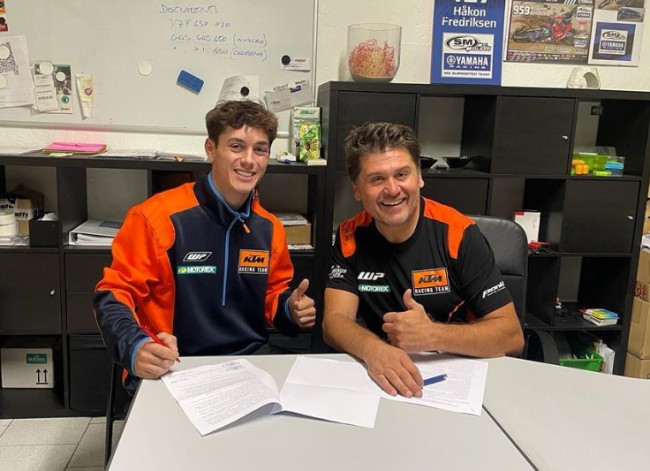 Italian rider, Lorenzo Ciabatti is one of the riders who ages out of the EMX250 series due to the mew U21 age rule for the 2023 season so he has been on the look out for an MX2 GP rider. The good news is that he’s managed to secure a great ride with the SM Action KTM team.

Ciabatti will join Cornelius Tøndel (MX2) and Alberto Forato (MXGP) under the SM Action KTM awning for the 2023 season. The team are also expected to be present in the EMX250 series as well.

“NEWS FOR THE TEAM LINEUP in 2023 – joining us is Lorenzo Ciabatti and we are together for the MX2 World Championship, the International Italian Championship and the Italian Prestige championship”, the team stated on social media.
.