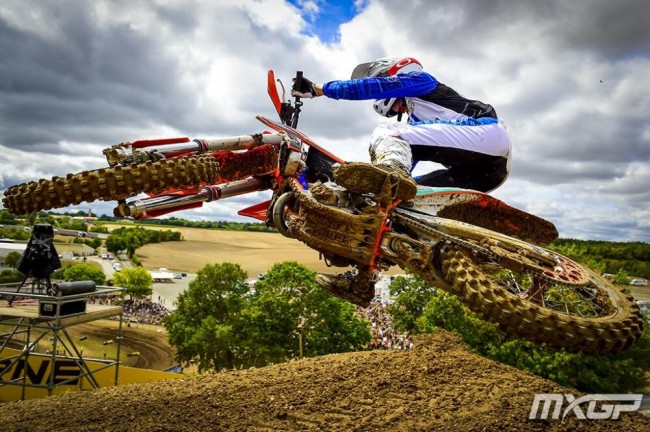 At the penultimate round of the series in front of his home crowd, Guyon had his best weekend yet finishing fourth overall and a superb third in the second moto.

We believe and DailyMX have reported that Guyon will be a factory rider for the 2023 after agreeing a deal with the Maddii Fantic team who have a new challenge for the year ahead running an MX2 GP rider.

Maddii Racing have focused on the two-strokes and the EMX250 series as well as running Nicholas Lapucci in MXGP this year but it’ll be nice to see the brand now take on the MX2 World Championship in 2023 with a 250cc four stroke. With Guyon they also have a rider with plenty of potienital for the future.

We also believe the team have secured Håkon Østerhagen under the awning for another season with the young Norwegian staying in the EMX250 series for another year alongside Cas Valk who will move up after winning the EMX125 title.

The team are also thought to be interested in running an EMX125 rider again next year with Ferruccio Zanchi being linked to the team.

More news as we get it!