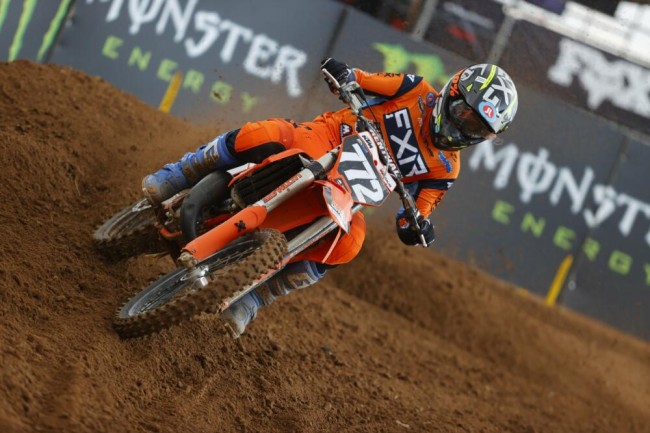 One of the most promising Motocross talents in the world is young Latvian, Jānis Martins Reišulis who despite being a rookie in the EMX125 championship this year was very impressive. He ended up a superb third in the championship despite only turning fourteen years old this year – a big talent if he can stay injury free and continue to develop.

This year, Reišulis raced with KTM equipment but with a privateer setup. For the 2023 season we believe he has inked a deal with the MJC Yamaha team who do a great job attracting young talents under their impressive setup. Jānis’ older brother, Karlis Alberts who is a big talent himself was part of the MJC Yamaha team this year finishing second in the EMX125 series so they know the Reišulis family well and will now work Jānis Martins for 2023.

Going into 2023, Reišulis will be the big championship favourite and should have a good career in blue as we believe he’s signed a multi-year contract.

We believe the team have also secured the services of young Czech talent, Julius Mikula who finished sixth in the EMX125 championship this year and showed everyone what he could do at Lommel finishing 1-4 for second overall behind his future team mate, Jānis Martins Reišulis.

Yamaha have done a great job in recent years working with younger riders and having plenty of success. Maxime Renaux won the MX2 World championship in 2021 with Jago Geerts just missing out in 2022 but they’ll be hoping the Belgian can bring the world crown back in 2023.

Ivano van Erp, Karlis Alberts Reišulis and Andrea Bonacorsi are also expected to be the Hutten Metaal Yamaha team who are waiting in the wings for future success.

The future looks bright for Yamaha.