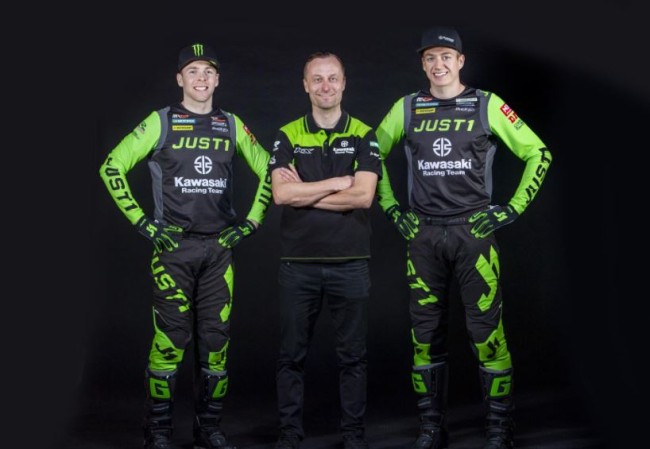 Speaking with Paul Malin and Lisa Leyland during a virtual chat before the start of the 2022 MXGP season, Romain Febvre has offered an injury update after crashing at Paris Supercross.

The French rider has ruled himself out of the season opener at Matterley Basin but plans to return in Argentina for the third round of the MXGP World Championship.

“I crashed in Paris and broke my tibia and fibula, it was a bad injury but it got fixed pretty good by a good doctor. I still have to wait and I don’t know exactly how long but the plan is to start the season in Argentina. I will see, yesterday I had a check with the doctor and he actually allowed me to try and ride at this point but I still feel I can’t race, I can probably ride on a flat track but this isn’t the goal. I will wait I think two more weeks and then jump on the bike so hopefully – the goal is to be back racing in Argentina”, Febvre stated.

It’s a shame he’ll miss the start of the season but we can’t wait to see him back!

You can watch the full 2022 MXGP pre-race chat below: