Roczen on another disappointing crash 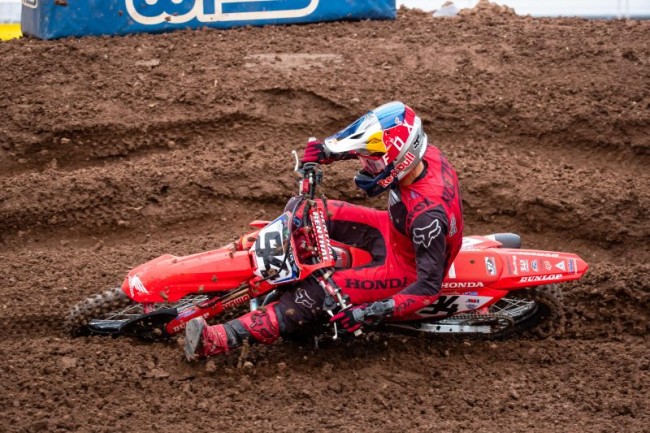 Ken Roczen saw his title hopes crumble when he crashed out of the lead for the second race in a row, ultimately finishing sixth and falling 22 points behind Cooper Webb, frustratingly, if he had won both races he would have been under ten points behind with the title very much realistic at the final round this Saturday night.

A disappointed Roczen said: “What a bummer, once again. I got the holeshot in the main and gapped the field, but just found myself on the ground after tucking the front before the whoops. I dropped back to sixth, and that’s where we finished as well. There’s not much that I can say about it, to be honest; it’s unfortunate. I’m finding myself on the ground lately in general, which normally is not my style. I’m just trying to put my team and myself on the top step and it just hasn’t been working out, so I’m looking forward to next weekend.”

The German now needs a miracle to win the title – a win in Salt lake City this Saturday night plus a DNF for Webb!