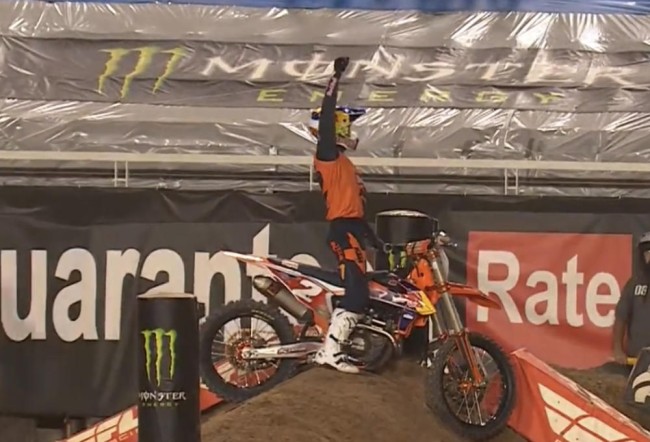 Cooper Webb won the 2021 Supercross title in style with a brilliant win that saw him bump Ken Roczen out of the way one more time before running down leader Sexton at the end to put the icing on the cake for a superb year.

Webb said: “It is an incredible feeling, it’s been a heck of a year. We just dug deep and stayed the course. Two time champion is incredible.”

Roczen took the holeshot and was holding off Webb but then Sexton passed both title contenders and, when Webb moved Roczen out of the way to take second, the fight went out of the German and he faded to a disappointing tenth to end a miserable final three races of the year.

In the 250 East/West shootout, Jett Lawrence took the win with brother Hunter Lawrence despite and early crash third to put both brothers on the podium with new 250 East champ Colt Nichols second. Justin Cooper won the 250 West championship calmly riding to a top ten result.