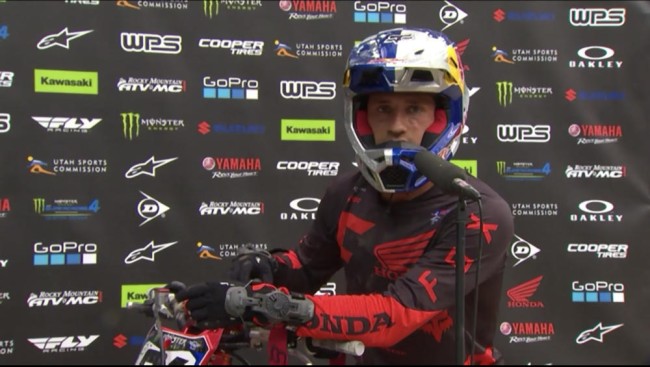 Ken Roczen edged last year’s champion, Eli Tomac, to go fastest in the first qualifying session of the season. Roczen said: “Mainly having fun out there, it’s still early on, looking forward to racing. With how tacky this track is – I haven’t ridden anything like it in a while.”

Anderson was third with Marvin Musquin fourth and inventing a couple of his own lines but Adam Cianciarulo was back in ninth just behind Zach Osborne who looks good to go after his crash in eighth.

Jett Lawrence went quickest on his final lap to underline his hype with Christian Craig second looking great on the Yamaha and RJ Hampshire third despite a pretty hard crash that meant he couldn’t finish the last couple of minutes of the session after tweaking the bike.

“The tracks pretty technical, I got everything clean,” Lawrence said about his final lap. Austin Forkner was sixth and quading where Lawrence and Craig were wheel-tapping but it didn’t translate to the quickest time.