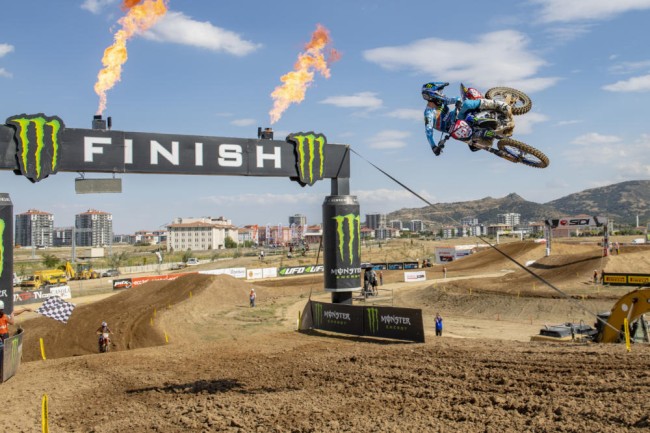 Monster Energy Yamaha’s Maxime Renaux is looking more and more likely to be France’s fourth MX2 World Champion since 2010 and in just his first term as a factory racer in the Kemea set-up. The 21-year-old holds a 91-point lead after accumulating 10 podium finishes from the 12 Grands Prix to-date; the last eight in a row. Despite his authority in 2021 the Frenchman, and Yamaha, have yet to make a call on his situation and place for 2022.

Renaux has been widely tipped to transition to MXGP. The fact that Yamaha Motor Europe have stalled on the renewal of Ben Watson’s contract with the Monster Energy Yamaha squad for 2022 indicates that a place could be waiting for #959; although he might be deterred with the lack of patience Yamaha have shown in their treatment of his British brandmate, who’s saddle he occupied when Watson hit the 23-year MX2 age ceiling at the end of 2020. Current MXGP riders Jeremy Seewer and Glenn Coldenhoff are contracted for the YZ450FM again.

The current MX2 pace-setter insists that confirming the 2021 crown is an essential part of his development to eventually reach the peak of the premier class.

“I’m pretty focussed on my championship now so still no decision,” he said of the speculation. “We haven’t really talked about it. We first need to get the MX2 title and we start from there. For sure the 450 is a bike I like. I also want to get as much experience as possible to be closer to winning the title in MXGP that is also one of my goals. We need to make this season great, and finish with the world championship – I hope – then see the direction of my career for the future years.”

Renaux’s hesitancy is understandable (and he has already publicly expressed his wish to continue learning in MX2 for another season) but Yamaha are likely to need a verdict and a strategic plan before the campaign ends at the beginning of November.