Red plates for Hunter Lawrence on the factory Honda! 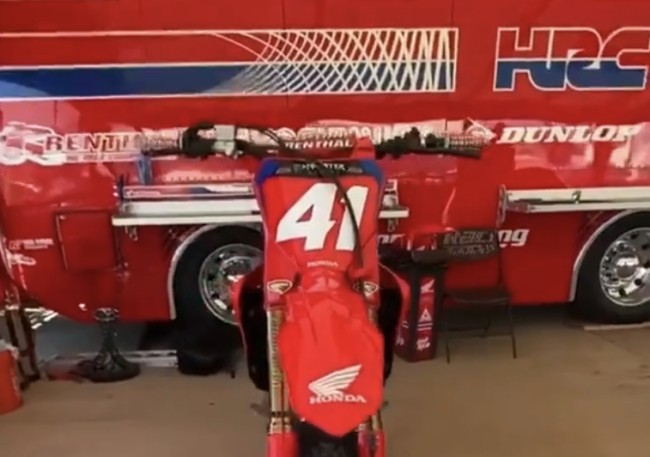 After Cameron McAdoo lost three positions for not re-entering at the right location, Hunter Lawrence was given the points lead on the night of his first win to cap a great day for the Australian.

Now, at Arlington 3, Lawrence gets to hit the track with the red plate backgrounds and is in pole position to win the title – but the points are close with McAdoo just one point back and Justin Cooper two points back! The 250 West could be some great racing on Saturday night with the title very much on the line for the top five riders in the championship!