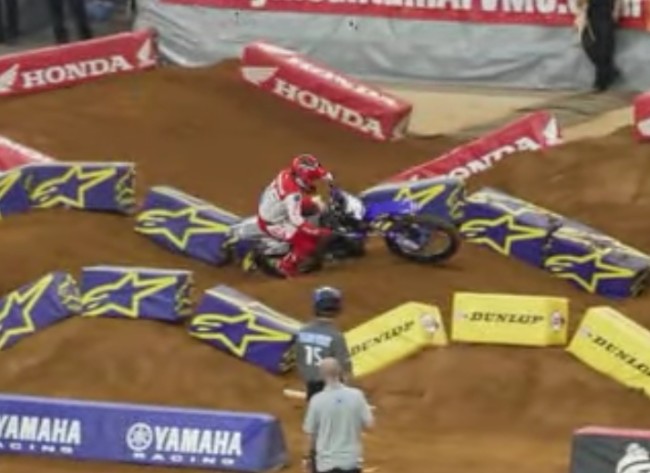 A crash in the whoops in practice ruled Alex Martin out of the Tuesday night race at Arlington with the Rock River Yamaha rider deciding it was too risky to try and race in pain.

And the eldest Martin brother has subsequently announced he won’t be racing at Arlington three tonight either due to the wrist not being ready yet, saying: “Bummed to say I’ll have to miss Arlington 3 tomorrow. Tried to get as much therapy as I could in the few days we had, but we decided it’s best to heal up 100% and come back for Atlanta healthy.”

See how his day unfolded at Arlington 2 with the crash at 14 minutes 27 seconds, here: