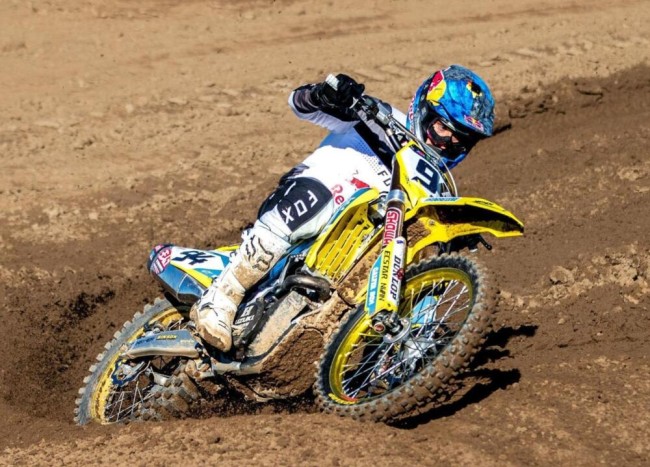 This is the shock signing of the off-season – not many people saw this coming three or four months ago! The, let me read that again after rubbing my eyes scenario, certainly rung true for the orginal rumour and now again after the conformation that Ken Roczen really is going back to a kick-start Suzuki after all – against a field of electric starting machines.

Let’s rewind to the beginning of situation. Orginally, Ken was supposed to stay with factory Honda for the 2023 supercross season but then the WSX series divided opinion between rider and team. Roczen signed up to do it and Honda wouldn’t let him race it if he signed their contract.

From there, Roczen was essentially turfed out at Honda but then he went and won the WSX and Paris SX on a private Honda, looking fantastic in the process and said he felt better on that bike than his his factory HRC machine! Roczen was impressive at these races and rumours circled he might even ride for that team in America, but as he was out of contract, Roczen also tried a 2023 Yamaha and Kawasaki for size.

But, with no team able to take him on without a hybrid of Red Bull support and logistical help, Roczen eventually landed at HEP Suzuki, an established team but a team with a behind the times kickstart bike and no experience of elite level title contention.

When you add in the fact that defending champ, Eli Tomac is riding a seemingly all singing, all dancing 2023 Yamaha, telling us in Cardiff just how much he enjoys the slimline and more nimble Yamaha. Roczen has, in theory, has went backwards machine-wise, just as his toughest competition has moved forwards.

It’s a very, very shocking move, but this is Ken Roczen we are talking about. He has a big history with Suzuki, understands the character of the sharp-turning machine, and will have the support to fix any bugs he needs ironed out.

“I am beyond excited to reconnect with Suzuki for the 3rd time in my career. We’ve had a lot of success in the past and I’m looking forward to seeing what we can accomplish together in our future.” said Roczen,“ I have a lot of confidence in Suzuki and the H.E.P. Motorsports program and I am excited to finally get the new year going with a fresh start. From the moment I got on the bike I felt right at home. It has been a welcome surprise how quickly I’ve adapted to the bike and the team. We will be ready to go racing come January 7th.”

If anyone can make this Suzuki run at the front, it’s the talent and skill of Ken Roczen.