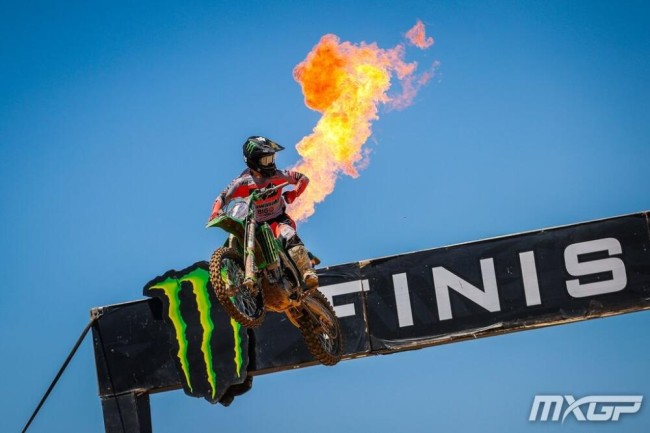 In the opening WMX moto of the weekend, Nancy van de Ven held the early lead with Courtney Duncan getting a good start in second ahead of Daniela Guillen. Duncan looked to be biding her time but started to move forward at the half way point in the moto and started to catch up van de Ven.

The Dutch girl didn’t make it easy for Duncan but with just over two minutes to go she was able to make the move for the lead to take an impressive victory on her return to racing.

In terms of the championship it couldn’t have went much better for van de Ven with Valk finishing in eighth.

The second moto was the Daniela Guillen show who had the race of her life! The Spaniard didn’t get the best of starts but passed all the heavy hitters – Van de Ven, Papenmeier and Duncan to pull away and dominate proceedings – what a race!

Duncan finished second but that was enough for the overall win on her return. In terms of the championship, it was a great weekend for Van de Ven by finishing third overall she’s now opened up a 25 points gap in the championship with only one round remaining. 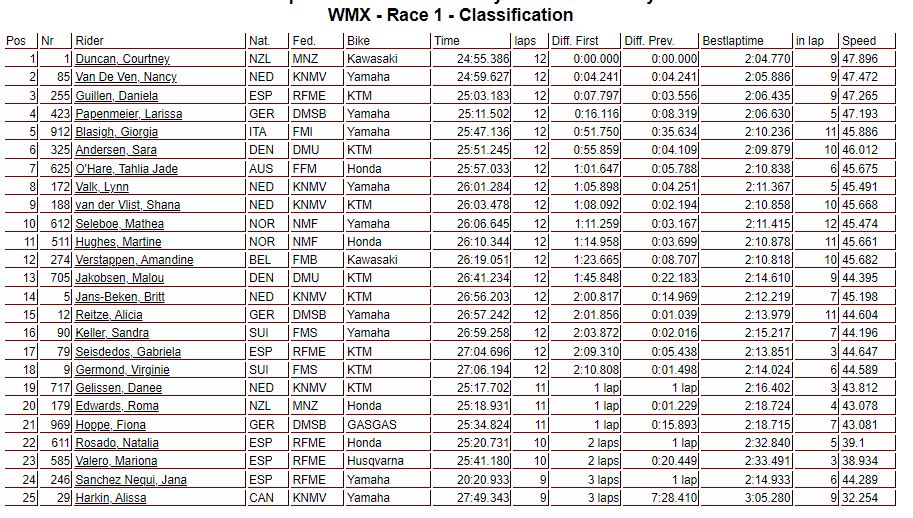 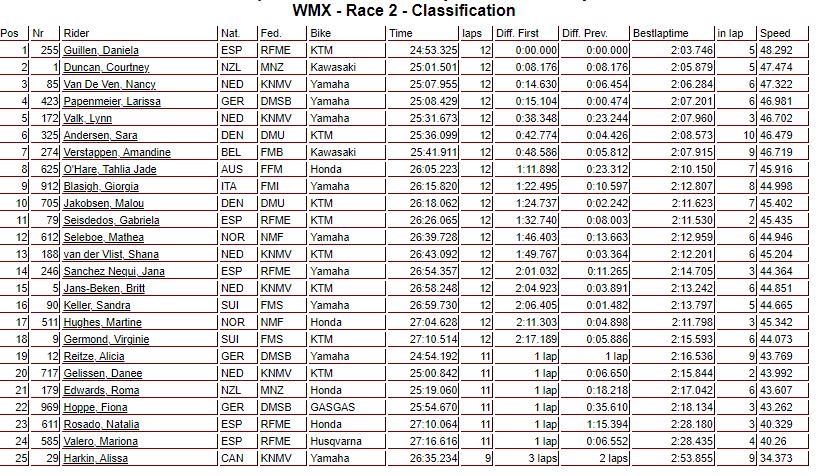 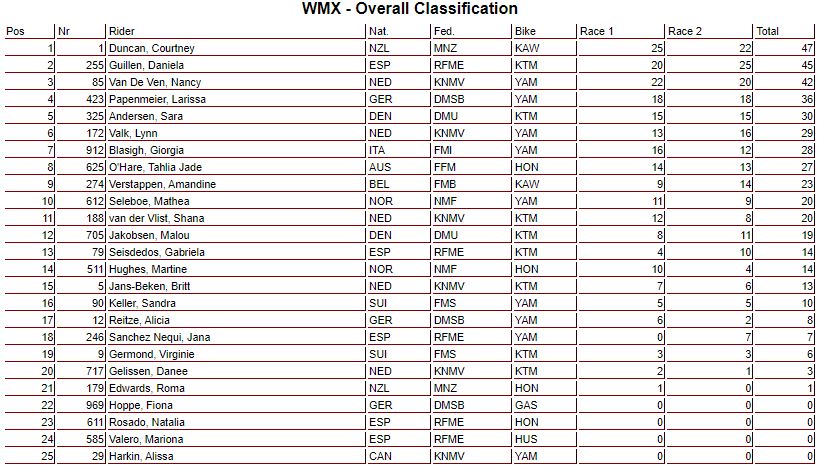 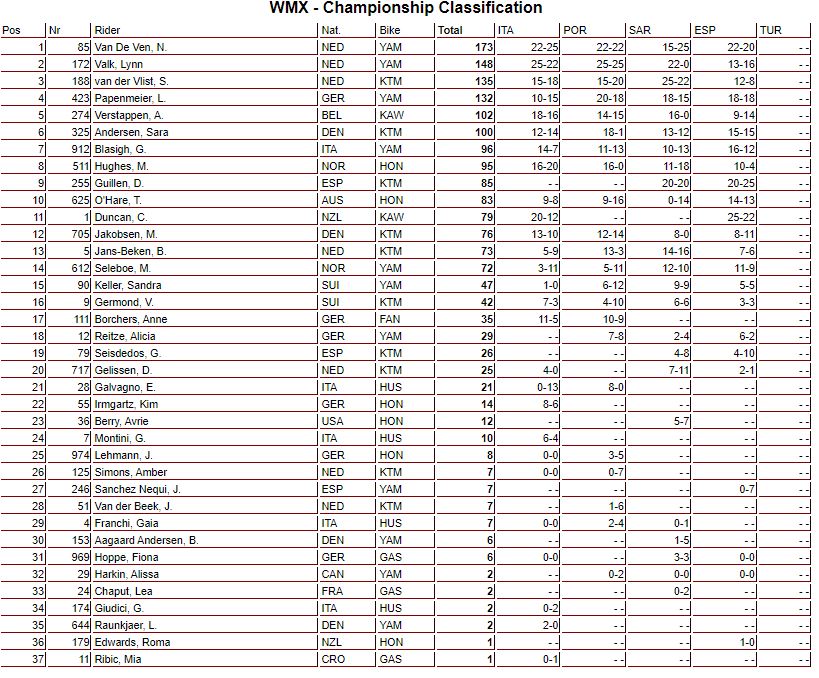