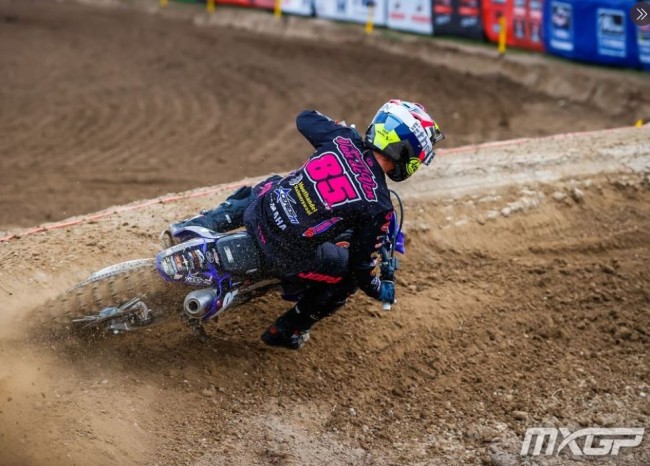 The opening moto of the year couldn’t have gone any better for Lynn Valk on her JK Yamaha. After coming out in second behind Courtney Duncan she applied plenty of pressure and after an early pass she pulled away at the front.

Duncan who doesn’t look to be riding at her usual level then got passed by Nancy van de Ven for second. At the end of the moto, Duncan looked to respond but van de Ven held on for second. 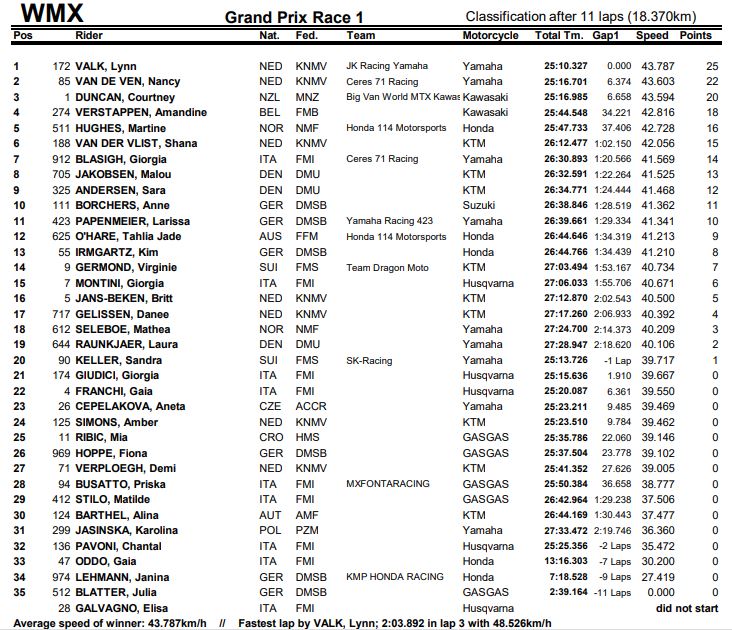 In the second moto, Nancy van de Ven got a good start and made an early pass on Larissa Papenmeier to get herself into the lead and pull away. Moto one winner, Lynn Valk had a few early passes to make but by the time she worked her way into second there wasn’t anything she could do about van de Ven who took the overall win.

Martine Hughes had a superb 114 Motorsports Honda debut to get herself on the podium, the 17-year-old will be one to watch.

As for reigning champion, Courtney Duncan she went down at the first corner and not riding with her usual flow could only get back to ninth for sixth overall so it wasn’t the start of the season she’d have wanted. 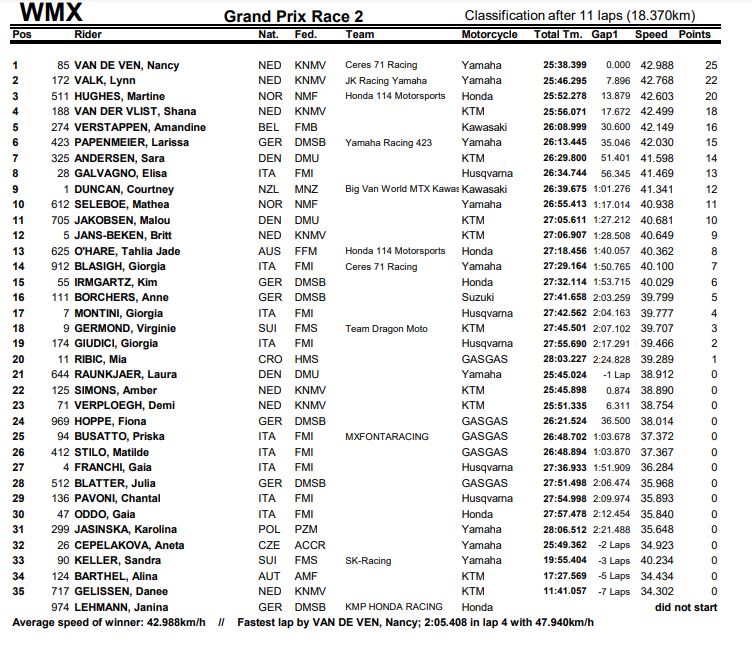 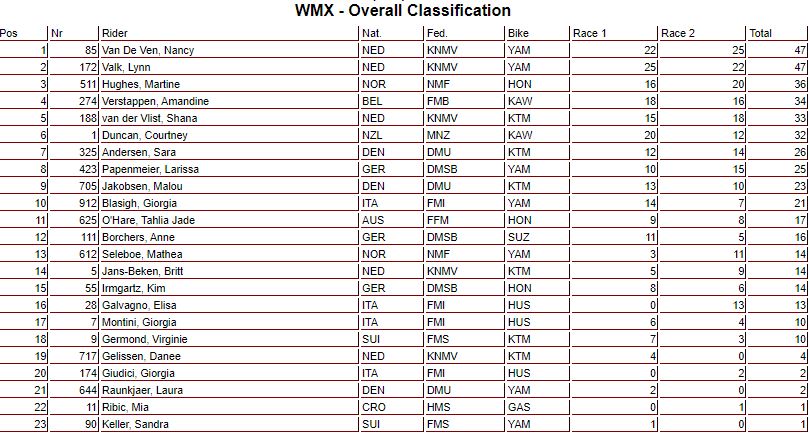