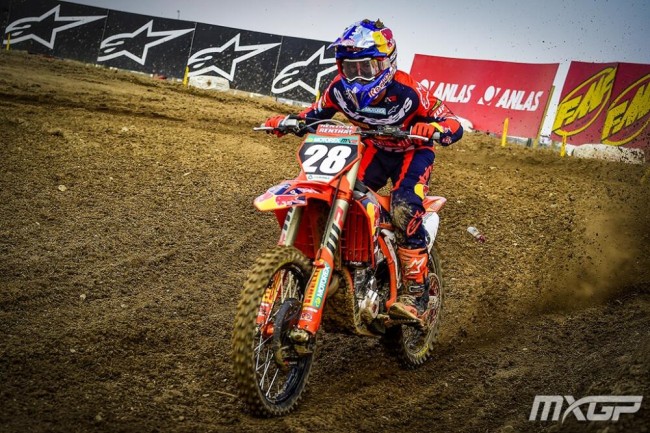 In the first moto, the cool and calm, Tom Vialle took the holeshot with Jago Geerts in fifth. It took the Belgian a while to get into second as Kay de Wolf was riding well but when he did he tried to move forward. Geerts got the gap down to less than four seconds with ten minutes to go but then washed the front and picked himself up in third again – in some ways that’s been the story of the season!

Geerts was able to repass de Wolf to come home in third but going into the final race, Vialle now has a one point lead in the championship. It’s going to be a winner takes all moto in race two!

It was ON in the second moto as both Vialle and Geerts got away strong. Geerts had the early lead but Vialle made a ruthless pass stick. The Belgian had other ideas though and started to apply the pressure – he tried to make moves on Vialle but just couldn’t make it stick.

Both rode incredibly well but Vialle comes out on top in 2022 and heads to America as a two time world champion. Geerts will come back in 2023 to try and win his first world title. 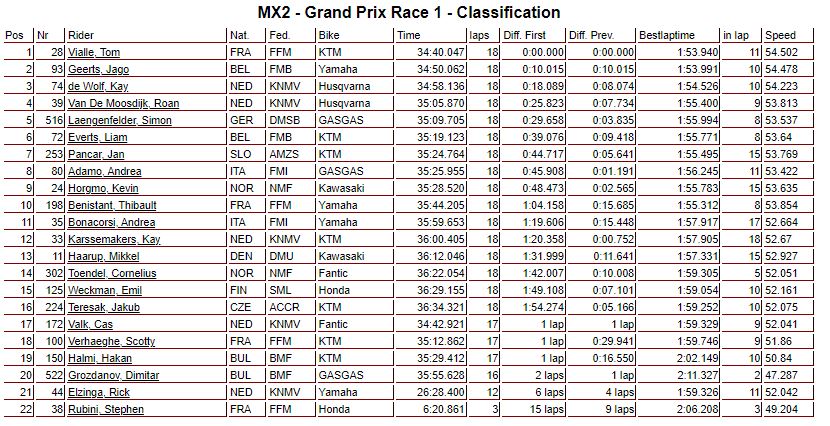 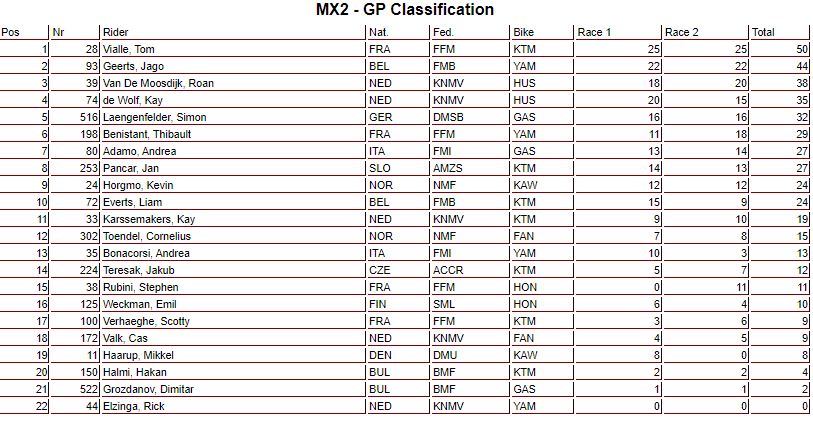 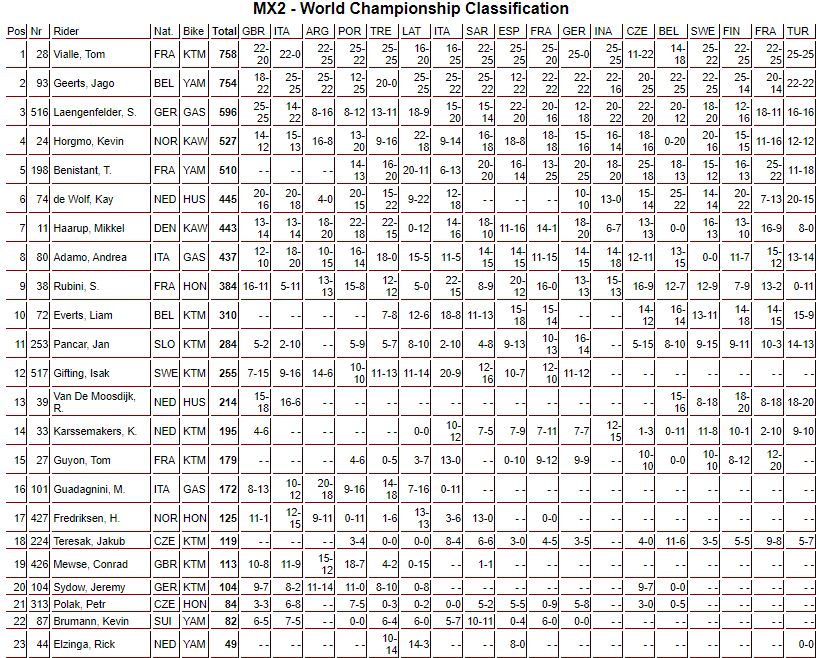