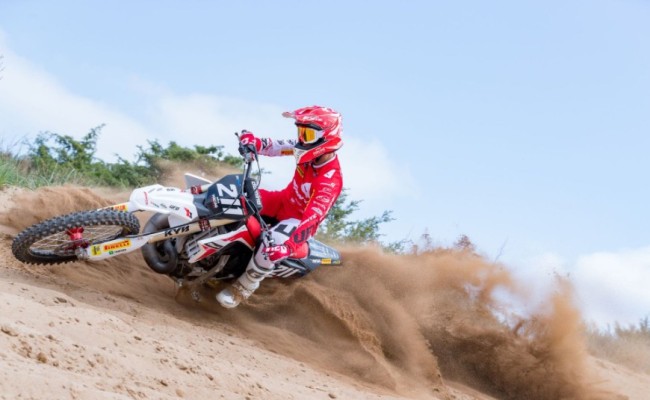 Nicholas Lapucci continued his fantastic pre-season so far winning the MX2 moto at Alghero hosting the second round of the International Italian Championship. The two-stroke Fantic rider took the holeshot and took advantage of a first corner pile up which saw big names go down.

Lapucci never looked back though as he dominated the race at a rough sand track. Behind him there was a great three way battle for second between Bonacorsi, Edberg and Forato – Bonacorsi in particular was impressive on his MX2 debut with his new Hutten Metaal Yamaha team. The first three riders are all EMX250 riders so that class is going to be very competitive in 2021.

Jago Geerts was one of the riders caught on the first corner and after being dead last came from last to sixth in what was a good recovery ride. 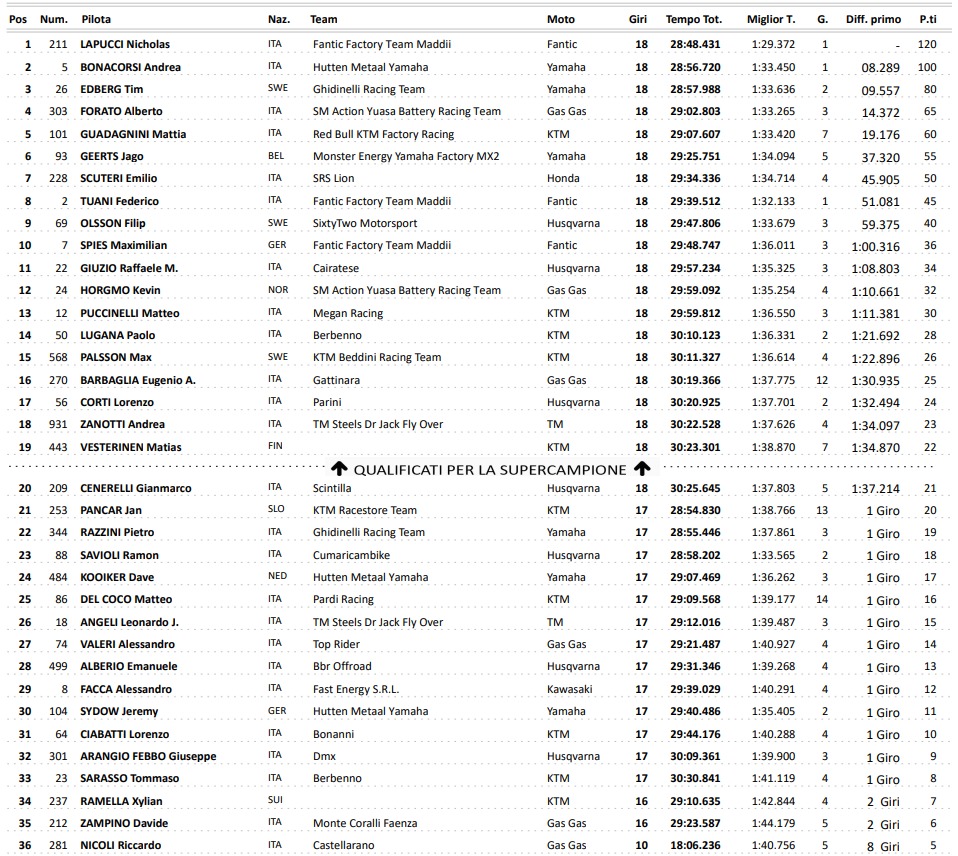