Race results: Febvre and Lapucci win the Superfinal at Riola 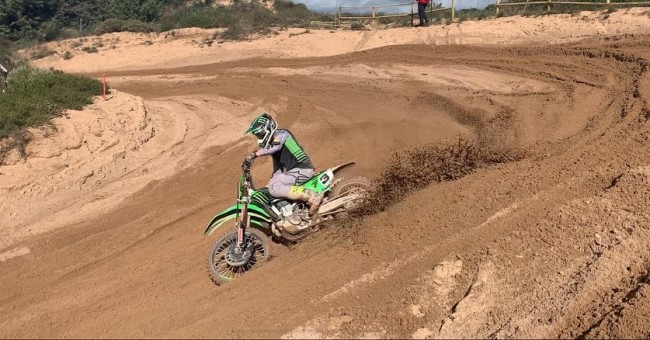 It was looking like Jorge Prado was going to dominate the Superfinal race at Riola but he had a mechanical problem which meant he didn’t finish the moto. It left Romain Febvre at the front to take the win just ahead of Thomas Kjer Olsen who clearly suits the 450cc.

Despite finishing a distant third, Glenn Coldenhoff set the fastest lap of the moto to show he has the pace. It was another good moto for Van Horebeek and Beta coming home in fourth ahead of Ivo Monticelli making his Kawasaki debut.

In the battle for the MX2 victory, it was Nicholas Lapucci who took a brilliant start on his Fantic running in the top five before coming home in sixth. It was Alberto Forato who was the second MX2 rider ahead of Jago Geerts who earlier crashed. Mattia Guadagnini also took a crash when he was chasing down Lapucci for the win. 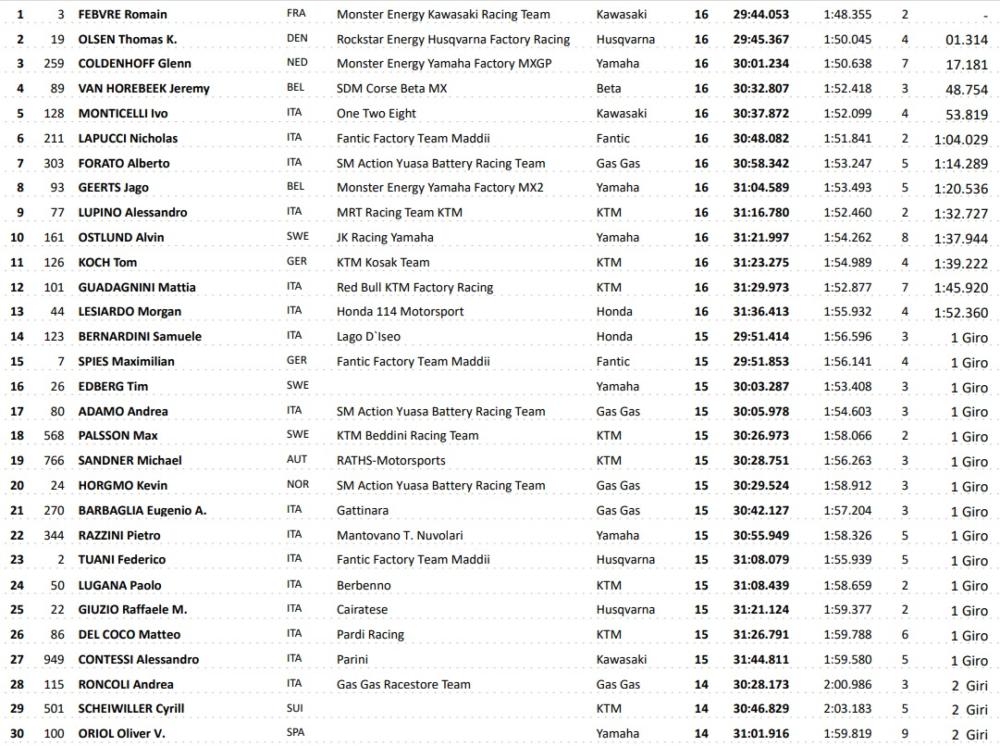