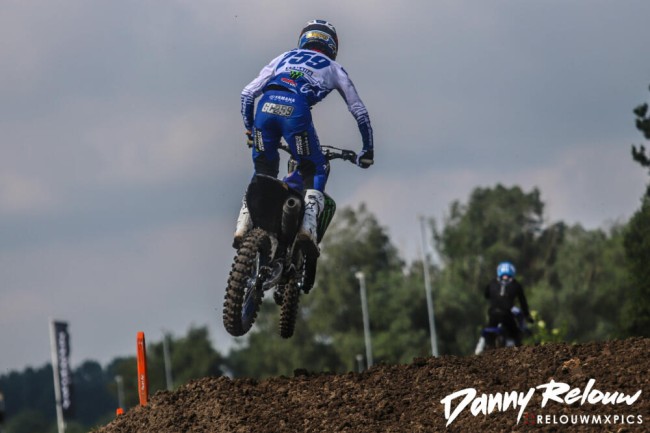 In the MXGP qualifying race it was Jeremy Seewer who took the holeshot with team mate Glenn Coldenhoff right on his case. The Dutch rider made a move to get himself into the lead and it didn’t take Jorge Prado long to get his way into second.

Tim Gajser was in the top five but then got one of the big jumps wrong and took a big crash (see it, here) which demoted him way back but the current MXGP points leader escaped injury.

At the front, Prado huffed and puffed but Colenhoff kept him at bay to take the qualifying win at a very tricky track.

The man on the move was Mattia Guadagnini as he passed Mitch Evans and Jeremy Seewer to finish an impressive fourth to finish behind Maxime Renaux. Meanwhile, Gajser worked his way up to eleventh. 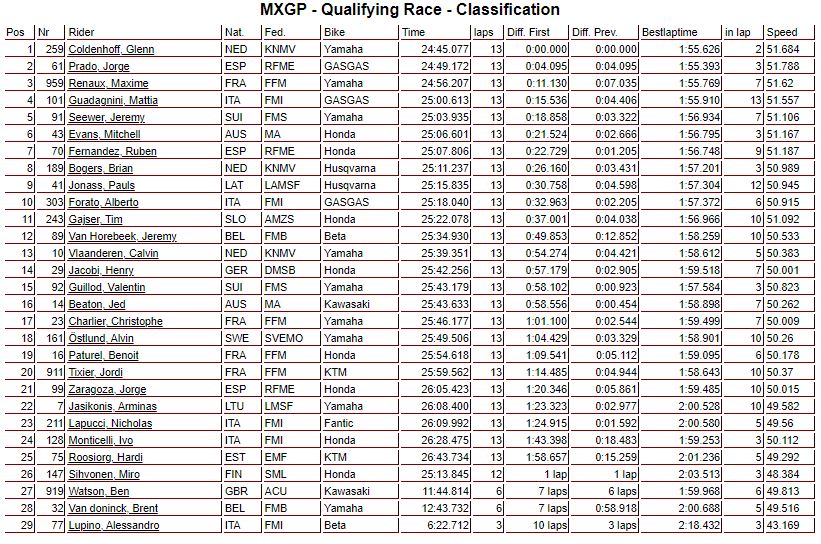