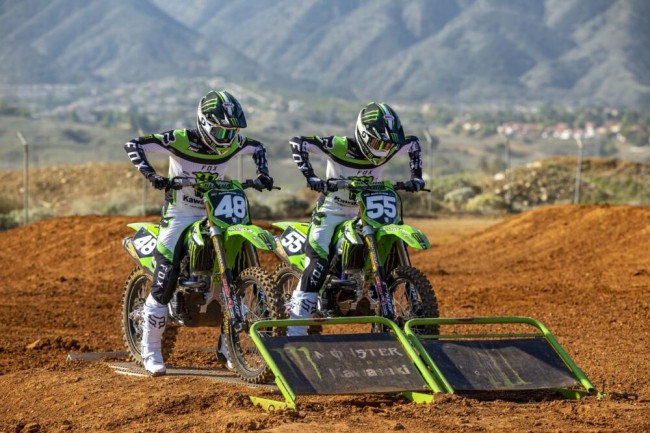 Pro Circuit Kawasaki, who usually leave it to the last minute to reveal which of their riders will race the East and West coast have went early this time and let the world know that Austin Forkner and Cameron McAdoo will be racing West – meaning we get to see Forkner v Jett Lawrence renew their rivalry after Lawrence colliding with Forkner in mid-air ended Austin’s title hopes in 2022.

The East coast series will be Jo Shimoda and Seth Hammaker – and both are more than capable of winning that title!