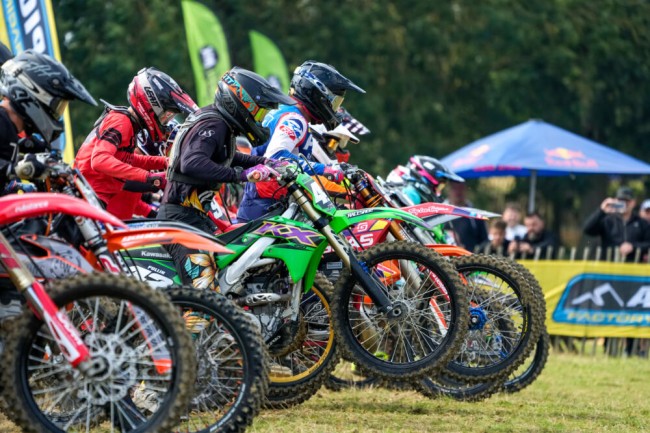 Packing a punch with a healthy line-up of Pro, Expert, Clubman, Vets and Youth classes the two-day event caters for riders of all levels, and is set to keep the crowd on their feed cheering and hollering.

A cash and product fund of £13,500, together with spot prizes, will incentivise the competitors to go for it and ensure plenty of action.

The schedule will allow for racing on both days for two-stroke riders. There are full ACU British 2-Stroke championship titles to be won in the 125, Open, Evo and Super Evo classes, and there will be youth classes catering for 125, 250F, BW and SW85s. The Red Bull Pro Stroke National Clubman MX1/MX2 groups will also compete over two days – riders can chose whether to ride two or four-stroke machines.

On the Sunday, the Red Bull Pro-Stroke National will provide classes for Pro/Expert MX1 and MX2.

Apico Factory Racing has partnered with the Festival since its inception and is back on board for the fifth running of the event. It will hand out prizes that will include the latest products from its quality portfolio of brands such as Arai, Leatt and Forma, amongst many others.

Racing starts from 9.30am each day. A day/weekend spectator pass is just £10, whether for one or two days. Parking is free.

The track is located in Sellindge, near Ashford, Kent, just off the M20.