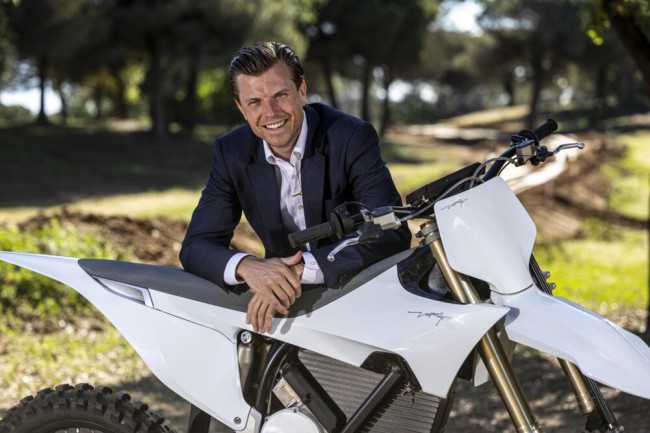 The [Stark] Future is here. One year on and the Stark VARG is ready to unwrap the torque

We’re worth the wait. The performance benchmark-busting Stark VARG has been silently and quickly rolling through testing phases and little positive setbacks, such as the relocation of Stark Future production facilities to meet far bigger international demand, for almost a year but the 2023 shipping target is now within sight.

The Stark VARG first created a stir in the motorcycle industry thanks to its unrivalled performance-to-weight specs at heart and sustainability in its soul. The patented drive train and battery cooling system as well as innovative chassis concept were just some areas of a bike whose every nuance has been carefully analysed and applied to outstrip conventional combustion engine rivals.

Since the announcement of the Stark VARG the Stark Future story has been on full charge.

Development and refinements of the bike have been ongoing and in the wake of the global media launch during the summer of 2022 when almost 60 different riders, professional racers, journalists, influencers and experts were unanimous in praise of the company’s maiden model.

The Stark VARG is now reaching the final stages of readiness before being sent out and fulfilling more than 17,000 pre-orders; one of the most successful inaugural bike launches the industry has ever seen.

“When I think about the origins of Stark Future and the very first renders of the Stark VARG and then think to where we are today – with the factory almost fully operational and the bikes almost ready to ship – it’s been the best kind of a whirlwind,” commented Stark Future CEO Anton Wass. “The response we’ve had and all the positivity and momentum behind the Stark VARG shows that our vision was sound. There is a generation of riders and people out there ready for an evolution of the industry and where embracing electric power as an evolving experience of motorcycling.”

“The Stark VARG is almost ready to go and it’s a really proud moment for us. It’s a milestone and another ‘beginning’ for our story as a company and our mission to inspire the motorcycle industry to sustainability. As we go into the holidays and welcome 2023 – a big year for us and customers all over the world receiving their VARGs – I’d like to wish all of our clients, fans, customers, backers, and all of our new, widening workforce a fantastic Christmas. Looking forward to seeing people’s reactions when they receive their bike!”