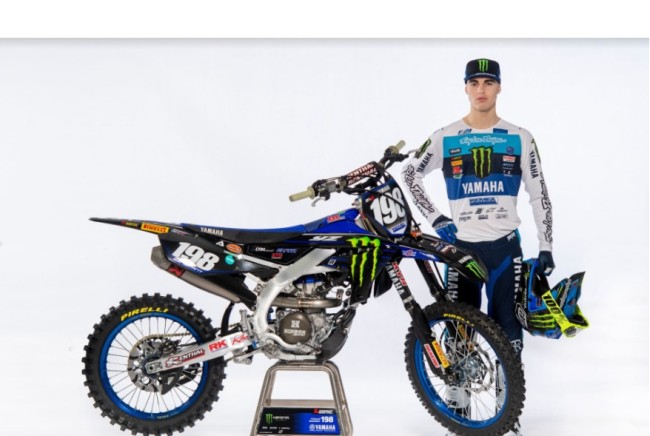 The MX2 class is for some reason still vastly underrated by many but the depth of talent in huge thanks to rise of the EMX2 feeder series priming the best young talent to enter the world championship fray ready to fire.

Coming into 2021 the EMX250 winner and runner-up from last season Thibalt Benistant and Mattia Gudagnini are coming in hot, full of confidence and are now on factory machinery. Frenchman Benistant looks pretty special. The new Kemea Yamaha rider has a lovely riding style and has proven strong on every surface in his EMX career and, when he rode a couple of GP events late last year, he was already showing top five speed. A second, third and fourth individual moto scores point to just how good the Frenchman could be. He showed at Ernee last weekend. that even after an early season injury this year, he is back on the pace running after with Vialle for a long time in race two. That was no doubt a great learning experience and a great confidence booster for Russia this weekend. Benistant looks like the next French hotshot off the impressively relentless production line.

Mattia Guadagnini comes in with a lot of raw speed but he is prone to a few mistakes as he pushes really hard all the time! However he is now armed with a Red Bull factory KTM and some great people around him including Cairoli and Prado who are experts at balancing speed and risk, Guadagnini has the right environment to grow into a great rider underpinned by the talent he possesses to ride a bike. The kid is very, very determined and you know he will give nothing less than 100%. I expect him to get some good starts and impress with his raw speed – by the end of the year if he gets the consistency sorted he could be a constant threat for a podium/top five.

Is Simon Langenfelder the next Ken Roczen? Simon Langenfelder is exceptionally good! The Diga Procross Gas Gas rider had some great rides last year at just 15 years old in MX2 as a rookie until injury hit, but he has come back strong in pre-season and is showing that speed again – and maybe even more that last year! Of course the world championship is a different ball game but the young German has already showed that he isn’t flustered by racing the best in the world at such a young age, he ticks all the boxes and is only missing experience. Langenfelder is a rider who could become the next future superstar over over the next 12 months.

Conrad Mewse has the fundamental ingredients to run at or close to the front week-in, week-out. His speed in the UK this year has been phenomenal but he just has to be able to ride with that confidence and get the starts to go with the leaders in the world championship. If he can, the title favourites will have their hands full with the Hitachi KTM fuelled by Milwaukee star. Mewse is reportedly still not feeling great as he heads to Russia after illness slowed him down a bit at Canada Heights but looking at the big picture, Mewse with Stephen Sword in his corner and another year’s experience, is ready to (and needs to) show his full potential in 2021 and that means podiums and the possibility of winning GPs. It’s Mewse time to shine in 2021.

After his injury last year, Rene Hofer is coming in a bit under the radar in 2021 but the Austrian teenager was showing some great speed in his rookie MX2 season in 2020 until that injury. He has taken his time toget better after a complex shoulder injury so he might not be on his A game straight away in the world championship but he has got increasingly faster in pre-season and his starts are good, so it shouldn’t take him long to get back to the level he was at last year and then go beyond that. His talent level is very, very high.

Mikkel Haarup has pure speed and talent. Unfortunately the Dane keeps getting hurt and is never able to build on the momentum he starts to show. He came in all guns blazing at Matterley Basin last year to qualify pole and get on the podium so that shows just where his level can be but again, crashes and injuries thwarted him in the end. Haarup has to learn to bring consistency with his speed but if he can learn that his ceiling is high. Haarup is always exciting to watch and, on any given weekend, he has the pace to put it on the podium.