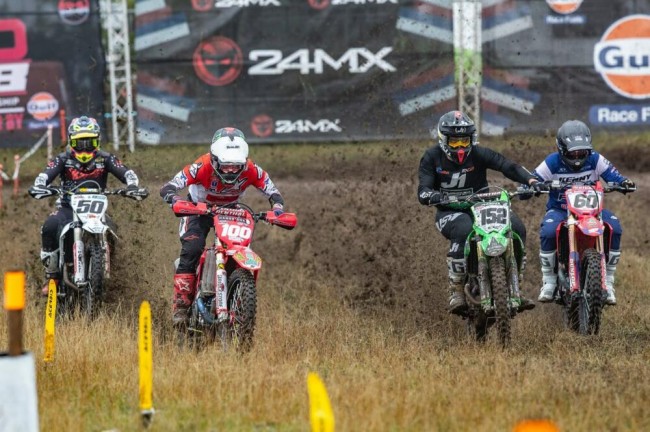 In the opening MX1 race, Glenn McCormick who was on pole nearly grabbed the holeshot but then crashed around the first corner leaving Harri Kullas in the lead. Kullas took to the wet and muddy conditions well and ended up dominating. Searle came home a comfortable second with Simpson holding off a fast Barr. After being dead last, McCormick came back to a solid twelfth.

The second moto saw Tommy Searle bounce back to take overall and extend his points lead in the MX1 championship chase as Shaun Simpson finished between him and Harri Kullas. 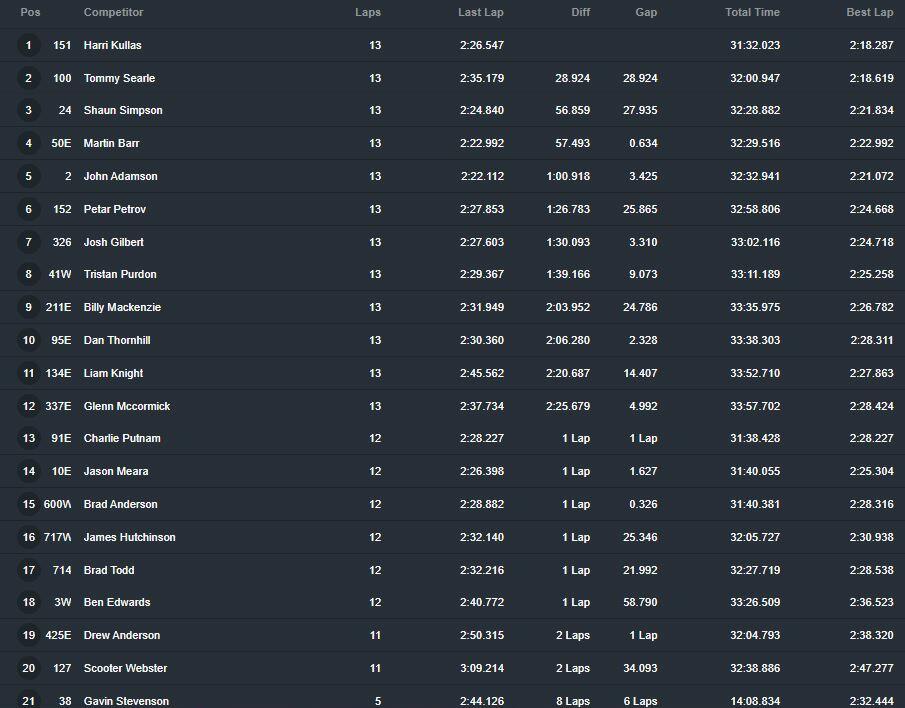 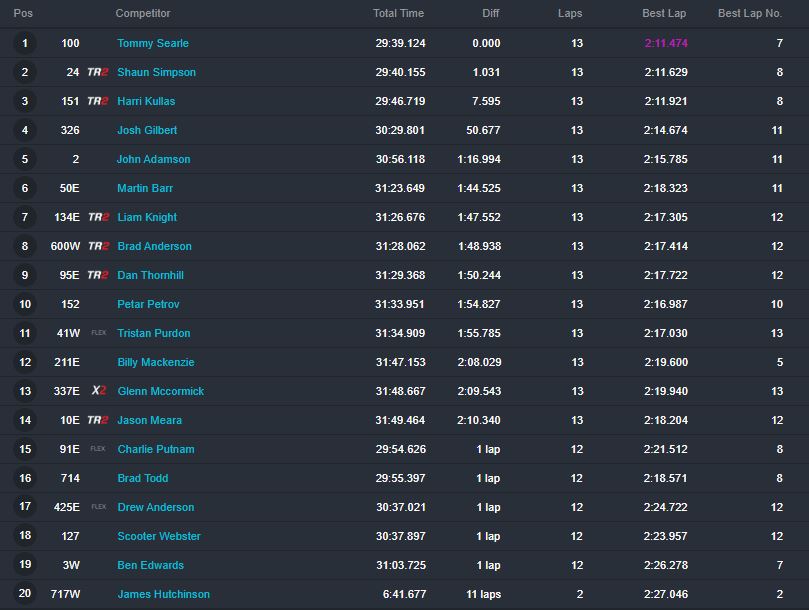 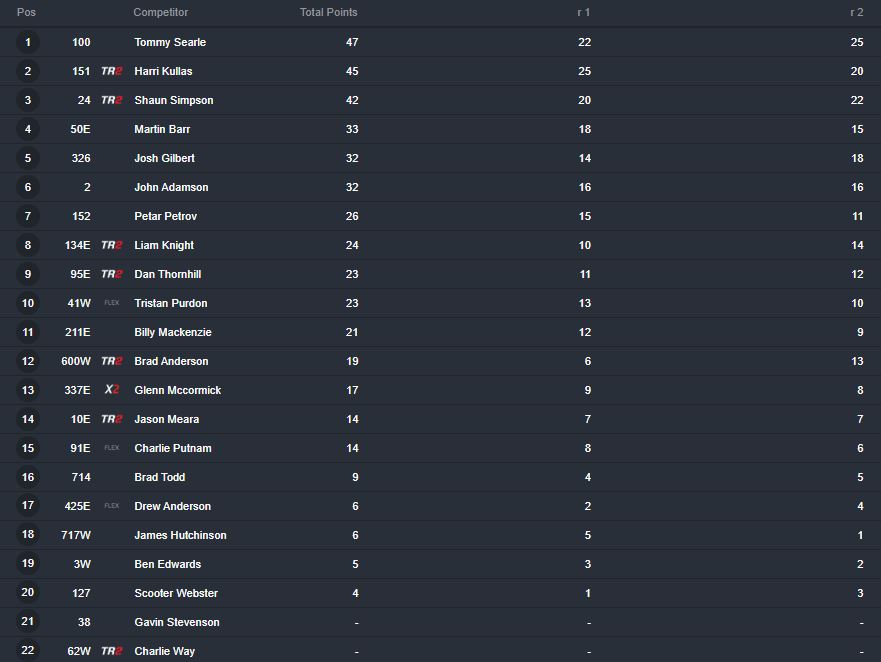