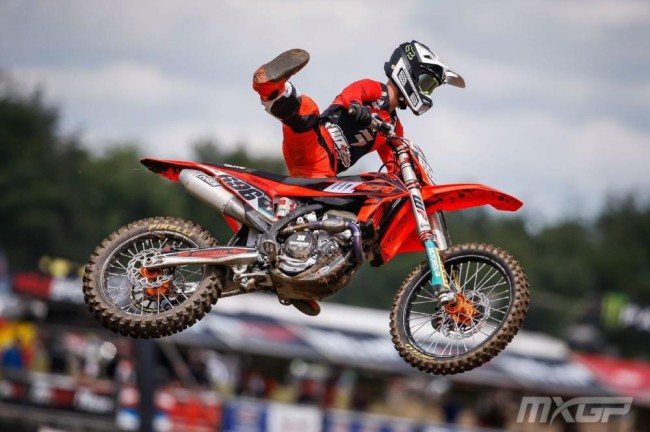 It’s set to be a huge weekend for young Swiss talent, Mike Gwerder as he will make his MX2 World Championship debut at the MXGP of Italy taking place at Maggiora.

The WZ KTM rider had a solid start to his EMX250 campaign in England with an eleventh in the second moto and he’ll hope to battle for Grand Prix points this weekend but the main thing for him will be to enjoy his GP debut.

“Normally I wanted to race the Swiss championship but I was a bit scared about the COVID-19 situation and then I got the chance to race at Maggiora and in MX2 – to this chance I will not say no. This is a dream since I was a child! I don’t really have expectations as it‘s my first GP so let‘s enjoy it”, Gwerder told GateDrop.com.

“At Matterley Basin I felt quite good but I didn’t reach my goal. The First moto was just one to forget. The second moto was not bad, I just had some problems to pass the top 10 which was possible so let’s go for the next round. I just want to say thank you to everyone who make that possible. It’s a dream come true for so thank you so much”, concluded Gwerder.