Martin Barr: As a team we are looking really good! 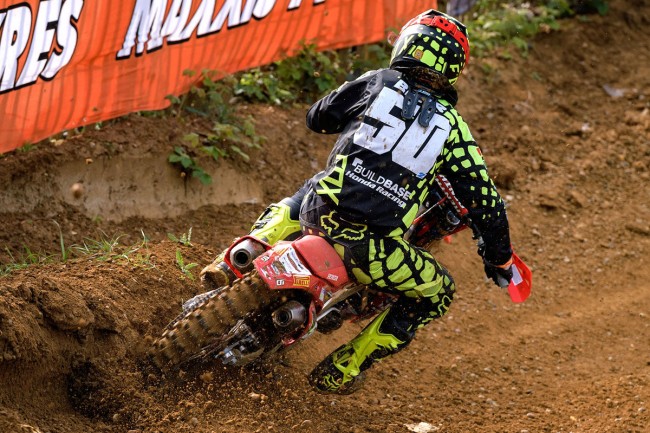 Martin Barr is back on the bike after his big crash at Foxhill during the final round of the British championship and is ready to rock for the Motocross of Nations!

The experienced Irish MX2 rider said: “I’m feeling good after my crash, I was lucky to get away with that one, but unfortunately that’s all part of the game! I have been back on the bike for over a week now and it felt that I’d never been off – it was really good to get back out and get the motos in!

Barr has competed at Matterley before, including the 2006 MXoN and also at some MXGP rounds that saw him score points, and he admits that he loves the place! “The track at Matterley is something else,” says Martin. “The guys there have been working hard and I’m excited to get going on Saturday morning for practice!”

After coming second in the British championship and showing GP level speed while doing so, Barr is excited to get in the mix with some of the world’s best. “The MX2 class is looking really stacked as are all the classes but I’m looking forward to it and I’ll be going out to give my best shot!”

Barr is looking forward to getting his bespoke FOX racing team Ireland gear on in 2017 again Pic: Adriano Dondi

But it is the Irish dream team of Barr, Irwin and Edmonds, that has all the Irish fans excited and Barr concurs that it is a great opportunity for good results with all three riders on form. “As a team we are looking really good,” states Barr. “With the way Greame has been riding he’s looking good for a good result and Stuart has been riding very well also and always steps it up that bit more for the MXoN and with Philip as team manager I think everything is in place for us to go out a shock a lot of people and come away with a really good result.”

With first and second in the British championship at their disposal, and a top five calibre rider in Stuart Edmonds, 2017 has the potential to be one of team Ireland’s best years at the event, especially with all the support they will have trackside for the event!