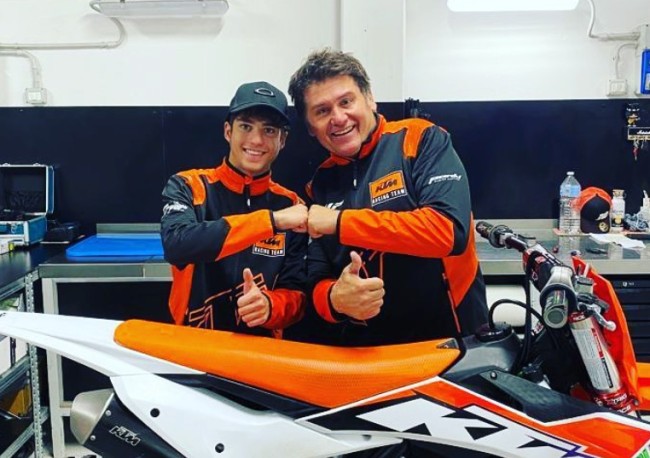 2022 was a rookie season for Luca Ruffini contesting the EMX250 series after making the move up from the EMX125 series. It was a difficult first half of the season for Ruffini but towards the end of the season he started to comfortably qualify and even picked up some championship points.

Ruffini will hope to be stronger in 2023 after his rookie year in the class to learn as much as possible. The good news is he will be staying with the SM-Action team who will run KTM machinery in 2023.

“TEAM LINEUP 2023 confirmed the collaboration with Luca Ruffini and together we will face the European championship class EMX250, the internationals of Italy and the prestige Italian championship”, the team stated on social media.